Captain Kirk sets off alone on a mission that will carry him 200 years into his past... but he won't be alone for long—Gary Seven returns!

The USS Enterprise arrives in orbit of the planet where Starbase 14 is located and picks up Dhoraxi Ambassador Xahd. He is to be taken to ceremonies ending a recent Federation-Dhoraxi war. Rather than surrender, however, Xahd telepathically communes with ancestors in the 20th century who prematurely trigger World War III on Earth. Captain James T. Kirk, in the act of beaming down, is transposed into an alternate timeline where the Dhoraxi Empire has replaced the Federation.

In the prime universe aboard the Enterprise, Xahd creates an effect similar to the light speed breakaway factor which puts the starship into a time warp, heading backwards one month per hour. He does this in order to initiate and maintain his rapport with his ancestor.

In the alternate timeline, Kirk learns that 1971 is the critical year. He steals a Dhoraxi scout, travels to Gateway and appeals to the Guardian of Forever for help. The Guardian sends Kirk to Gary Seven's office in New York City on Wednesday, 24 November 1971. Seven's Beta 5 computer locates a Dhoraxi mothership en route to Earth at dangerous speeds that will kill most of its crew. Its surviving crew of five fly a scout ship to the site of a major United States missile base in central Nevada. Kirk and Seven transport to a ghost town near the base and find a lone prospector, whom Seven knocks out with his servo. Kirk and Seven stall the Dhoraxi and are captured, but a distraction by the prospector gives them the upper hand, and they are able to kill the Dhoraxi, destroy their ship and preventing the timeline alteration. Kirk is automatically returned to Gateway in the prime universe.

On the Enterprise, Spock and Montgomery Scott manages to stop Xahd's time warp and return the ship to normal. They pick up a transmission from Kirk asking to be picked up on Gateway.

Ship's log, stardate 4861.4, first officer recording. We are entering orbit around the planet of the Guardian of Forever...

After returning to his ship, Kirk contacted the Dhoraxi compound at Starbase 14, discovering that they had helped Kirk stop Xahd by making sure Kirk beamed down at the right moment to transition between timelines.

Personal log, Andru 4/6. Planetary time oh-two hundred hours, mid-years day. In just a few hours this city will burst into celebration... but for now the streets below are silent. Even the travel tubes are all but empty. The arrivals platform, usually teeming, I'm sure, is also nearly bare. Not for the first time I find myself trying to guess the identity of the person who summoned me. But not really summons. That is too strong a word. More of an... irresistible invitation.

Isis and an aged Gary Seven met Kirk to relate the final fate of the Dhoraxi mothership and share a celebratory drink.

1885
Kirk spent a weekend in New Orleans.
24 November 1971
Kirk time traveled to Gary Seven's office to prevent Xahd's timeline plot to trigger World War III and eliminate the Federation.
1972
Empty Dhoraxi mothership burned up over Alberta Canada.
20 months prior to stardate 4860.2
First encounter with the Guardian of Forever.
Six months prior to stardate 4860.2
State of war existed between Federation and Dhoraxi.
Shortly before stardate 4860.2
Conflict ended; conference on Berenice III would celebrate official end of the war.
Stardate 4860.2
Enterprise arrived at Starbase 14. Xahd altered history, eliminating the Federation. Kirk, in the middle of beaming down, materialized in the altered timeline.
Shortly after stardate 4860.2
Kirk returned to the original timeline.
Two days later, Stardate 4861.4
After spending a weekend in New Orleans in 1885, Kirk was picked up by the Enterprise at Gateway.
Two weeks later
On Andru 4/6, Kirk met with Gary Seven and Isis. 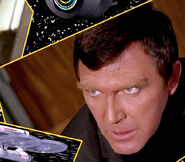 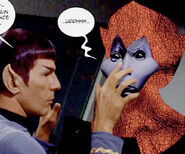 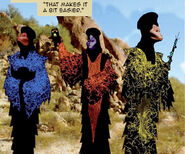 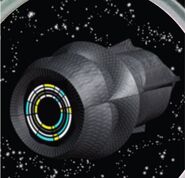 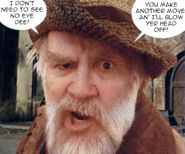