stardate 41153
The Enterprise-D, under the command of Captain Picard, travels from Earth to Farpoint Station to complete its crew complement, encountering Q and the star-jelly beings. [3] The Enterprise is almost destroyed by a Borg sphere from 2376 to alter the future. The time ship Premonition arrives and destroys the sphere before it does any damage and quickly retreats to the future before the timeline is even more altered. Picard remembers this incident and the USS Premonition....

stardate 41209 (reference stardate 3/0305)
The USS Tsiolkovsky is lost after the crew succumbs to polywater intoxication. [4]

stardate 41242
The Enterprise-D visits Omicron Theta and takes on Lore, and faces the Crystalline Entity. [6]

stardate 41187
The Enterprise-D completes a long journey to the Tri-Betaline star system and visits Syntagus Theluv. [7]

prior to stardate 41601
Survivors from the Hamlin disaster are rescued by the Enterprise-D, after the Enterprise pursues the Choraii following the destruction of USS Ferrell. TNG novel: The Children of Hamlin

stardate 41601
The Enterprise-D, pursuing a lost shuttle, encounters a being known as Armus at Vagra II. [8]

stardate 41697
The Manheim Event, widespread temporal distortions caused by the experiments of Dr. Paul Manheim, takes place. The Event was ended by actions of the crew of the Enterprise-D.[9][10]

stardate 41148
In an alternate timeline created by Q, the USS Enterprise-D diverts from its first mission to Farpoint to investigate an anti-time anomaly in the Romulan Neutral Zone. [12]

stardate 41153
In an alternate reality, most galactic powers enter a large conflict, with many worlds slipping from the control of their governments and becoming neutral strongholds, and eventually, battlegrounds for space fleets. [13]

stardate 41601
Lieutenant Natasha Yar is killed in the line of duty at Vagra II. [8]

stardate 41153
William T. Riker and Deanna Troi encounter each other for the first time since the end of their relationship on Betazed. [3] [15] 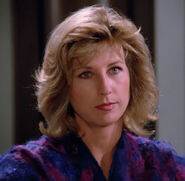 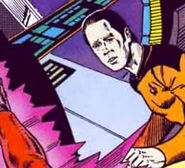 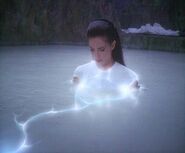 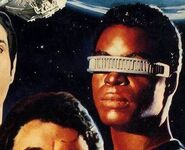 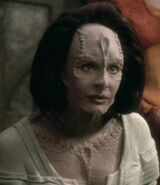 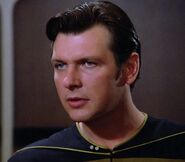 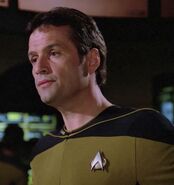 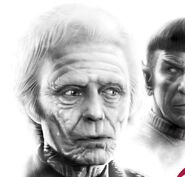 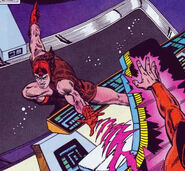 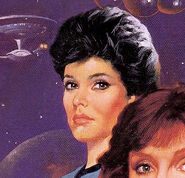 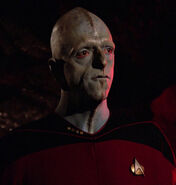 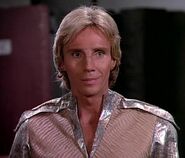 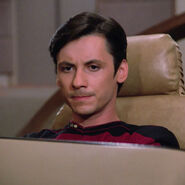 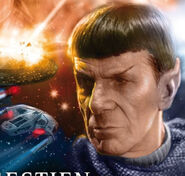 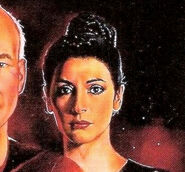 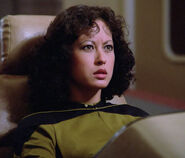 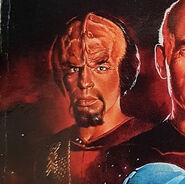 Worf.
Add a photo to this gallery

Planet.
Add a photo to this gallery

Retrieved from "https://memory-beta.fandom.com/wiki/2364?oldid=738960"
Community content is available under CC-BY-SA unless otherwise noted.