25th Anniversary is an action-adventure game video game designed by Wesley Yanagi and produced by Michael Quarles, that was released on the Nintendo Entertainment System in Febuary 1992.

As the Starfleet starship USS Enterprise was traveling through space when an unstable turbulence was noticed. First officer Spock informed Captain Kirk that a magnetic field was the cause of the disturbance and was centered around the planet Iotia. The Spock then indicated that there was a large dimensional hole in space. Sulu attempted to stop the ship after realizing that the Constitution-class ship was being pulled into the anomaly; but to no avail.

Spock then stated that the field was growing exponentially, witch prompted Kirk to request preparation for warp speed, meanwhile Spock elaborates on the anomaly stating that the field was bending space and time. The ship then engaged their warp drive and cruised away from the region but upon exiting, the Enterprise finds itself in an uncharted sector, the field was gone and Starfleet was unreachable at their present location. 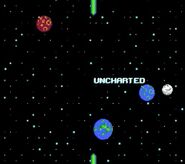 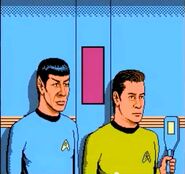 Spock and Kirk in the turbolift. 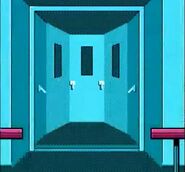 Turbolift of the Enterprise. 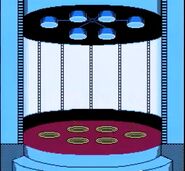 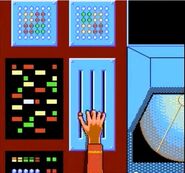 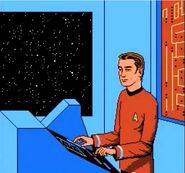