The Original Series No. 75

6558.2
Star-crossed – "A Bright Particular Star" was the 75th issue of DC Comics' 1989 series of Star Trek comics, released September 1995. The issue consisted of a 22 page story that was a third and final part of the Star-Crossed story arc, as written by Howard Weinstein. The art was penciled by Rachel Ketchum and inked by Mark Heike, with Margaret Clark credited as editor.

The extra-sized Star Trek #75 concludes the three-part "Star-Crossed." At the end of Kirk's first five-year mission aboard the starship Enterprise, Starfleet's Intrawarp Development Project offers the promise of a revolution in spaceflight and reveals disturbing flaws in Starfleet Command. To set things right, Kirk must make a decision that will affect not only his life, but that of Carol Marcus and their son, David.

The USS Enterprise approaches Earth following the completion of its five-year mission. The crew witnesses the loss of an experimental starship during an engine test, but their offers of assistance are declined. After arriving home, the crew is informed that the Enterprise is to be completely refit. Leonard McCoy and Spock resign from Starfleet in protest to the secrecy and cancellation of further missions, while James T. Kirk reluctantly accepts promotion, to learn more about the mysterious transwarp drive program.

Captain's log, stardate 6558.2
Having completed our assigned five-year mission, the Enterprise is coming home. After shore leave and standard maintenance on the ship, I look forward to a second five-year deployment.

Captain's log, supplemental
My senior officers and i have a scheduled meeting with Admiral Balzay, presumably to discuss details of our next deployment. 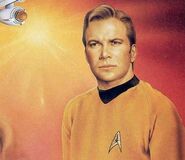 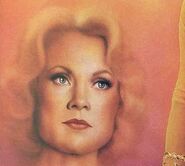 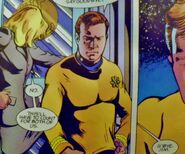