3547.2
A Small Matter of Faith was the 56th and last issue of DC Comics' first series of comics based on The Original Series. It was the last of ten stories written by Martin Pasko and the fourth of five stories illustrated by Gray Morrow. It was published by DC Comics in 1988.

The regular crew gets a break and Martin Pasko and Grey Morrow serve up a mission from Kirk's first five-year tour of duty aboard the Enterprise. This time, the crew gets mixed up with a flock of religious zealots and the ideological debates aboard the ship will make for some interesting reading.

Captain's log, stardate 3547.2
This appears to have been our week for medical emergencies. Due to subspace interference from Berthold radiation, I have been unable to contact Starfleet Command for authorization to respond to a priority one distress call from Dr. Pitkin of the Starfleet Veterans' Hospital on Lavinius V — received two solar days ago. Thus, on my own authority, we have diverted from our present assignment in the Beta Aurigae system, and are now in standard orbit over Lavinius V. I am confident my decision poses no threat to the 19 crewmen beamed aboard two solar days ago — casualties from the USS Defiant, disabled during a routine patrol. I must note for the record that, as expected, Dr. McCoy has taken vigorous exception to my decision.

Captain's log, stardate 3549.8
En route to the planet Calydon, we are encountering an ion storm. I am apprehensive about how it will affect our efforts to regain control of the Enterprise…

Captain's log, stardate 3550.1
Despite the storm and En-Lai's increasing agitation, we have reached Calydon. I have beamed down to the surface to prepare for the incredible event we now believe will take place there.

Captain's log, supplemental
We are leaving Calydon with the reverend En-Lai's newly cured followers in custody. They must stand trial for their part in the commandeering of the Enterprise. But, as they were instrumental in verifying the existence of the Calydonian healing beings, a discovery of great import to the Federation, I am making a formal recommendation to Starfleet Command that clemency be considered. 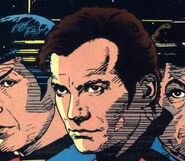 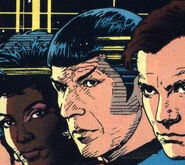 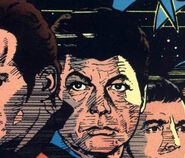 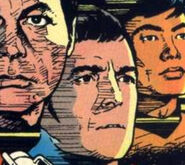 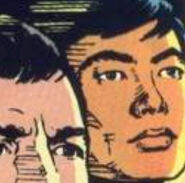 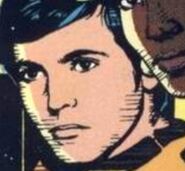 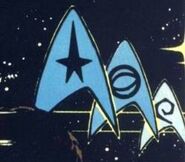 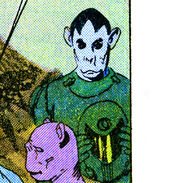 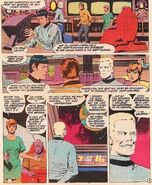