A Warp in Space

A Warp in Space

5803.6
The Companion plunges the Enterprise into a starless void! – "A Warp in Space" was a Star Trek comic book story published by Gold Key Comics in 1977, the 49th issue of their TOS series. It was the tenth issue drawn by Alden McWilliams and the third of ten written by George Kashdan.

In this story, James T. Kirk, Spock and Leonard McCoy reunite with Zephram Cochrane and the merged entity of Nancy Hedford/The Companion.

It began as a routine mission for the Enterprise: Find the missing ships! But the Enterprise was destined for a trial that no human mind could foresee! For their judges were neither physical nor mental, but a breed of beings that had been spawned in another universe, millennia before the creation of what we call "life"!

Captain's log, stardate 5803.6:
We are now entering Canaris Galaxy, last known location of the experimental spacecraft which the Enterprise has been assigned to track down.

Starfleet lost track of the X-1 hyperwarp starship and its sister ships when they approached warp factor 13 near Gamma Canaris N. Kirk, Spock and McCoy know that this world is the secret haven of warp drive inventor Zephram Cochrane and The Companion, so they beam down to ask for help. Cochrane is intrigued by the mathematical challenges and, despite the Companion's warnings, provides modifications for the Enterprise to reach warp 13. Knowing what they will be getting into, the Companion leaves the body of Nancy Hedford, which can only survive alone for a few hours. As Kirk and Montgomery Scott discuss Cochrane's instructions on the bridge, the Companion takes hold of their ship.

Captain's log, stardate 5807.1:
"The Companion" has transported us, by some mysterious process, through what Mr. Spock describes as, quote, a rip in the fabric of our universe, unquote!

The Enterprise emerges into a starless universe full of cloud creatures just like the Companion. The missing vessels are contacted, but X-1 refuses further communication. When Kirk orders them to prepare to be boarded, all five fire at the Enterprise with energy beams that shrink the starship, but not the crew, as a demonstration of their powers. Cloud creatures now pilot the vessels — none of their Starfleet crews survived the transition between universes. The Enterprise's crew survived because the Companion had protected them.

As this universe does not support biological life, the cloud creatures order Kirk to depart, minus the Companion. However, Kirk tells the Companion that they will not abandon her. Scott hurriedly implements Cochrane's modifications, with Kirk counting on their ship's sturdier construction to keep them alive. The Enterprise departs and makes it safely back to the prime universe. The Companion returns to the body of Nancy Hedford with seconds to spare. 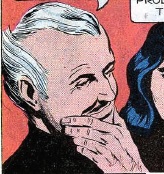 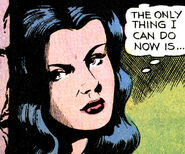