3247.2
In a world gone mad, Scotty and Dr. McCoy fight for their lives — against each other!

"A World Gone Mad" was a Star Trek comic book story published by Gold Key Comics in 1973, the 20th issue of their TOS series. It was the 18th comic drawn by Alberto Giolitti and the fourth written by Arnold Drake.

In this story, the USS Enterprise escorted a young prince to his home world in the year 2267 amid cases of random insanity which threatened to destabilize the planet's government.

One by one the citizens of that once proud and happy world were becoming homicidal maniacs! Brothers against brothers, mothers turning upon their very own children! Captain Kirk and the crew of the starship Enterprise found themselves in a race against total and annihilating bedlam in ... A World Gone Mad!

Captain's log, star date 3427.2 – I have dispatched Mr. Spock and Scotty on a strange but vital mission...

Starfleet has sent the USS Enterprise to Nukolee to help a power transition go smoothly between a regent and a returning, democratically-minded prince. Prince Raviki is picked up at a boarding school where he's been since his parents' deaths three years earlier, and James T. Kirk updates him on local politics. Kirk, Spock, Leonard McCoy, Scott and Raviki land in the Galileo at a spaceport on Nukolee, where two attempts are made on the prince's life. En route to the palace, an officer commits suicide, and at the palace Raviki's loving sister tries to kill him. Temporary bouts of insanity have been popping up all over the planet. Spock determines that these incidents began shortly after Sanduy's Comet deposited unusual gases into the planet's atmosphere. The regent, General Vlas, convinces Raviki to sign a martial law edict in the morning, but it isn't soon enough for the general, who leaves to organize a coup.

Captain's log, star date 3427.5 – We have a solid lead now on what has driven the entire planet of Nukolee to violent madness! But General Vlas and his co-conspirators are already on the march!

Vlas' troops scour the palace looking for Raviki and the Starfleet officers, who have safely hidden within a sculpture. Scott and McCoy leave to investigate the comet. Raviki refuses to leave with them, saying that his place is on his planet. Raviki makes a live broadcast from a nearby television studio, but the transmission gets cut off.

The Enterprise parallels the comet. Scott and McCoy leave the ship in spacesuits, using vacu-lators to collect samples from the comet's tail. McCoy is exposed to the gas and attacks Scott. Scott knocks out McCoy, and shortly afterwards the doctor creates an antidote.

Raviki's studio is surrounded by a mob peppered with Vlas' snipers. In a bold move, Raviki appeals directly to the rioters and momentarily quiets them. Scott sprays McCoy's antidote overhead from the Galileo. It cures the crowd, dispersing them and preventing the coup. Raviki thanks Scott, offering him the title of baron or duke if he stays.

2264
Prince Raviki's parents died in an accident, and he was sent off-world to Furanthy School.
2265 (2 years, 4 months 3 days prior to stardate 3247.2)
When Sanduy's Comet passed close to Nukolee, it triggered meteor showers which expelled gases into the atmosphere, triggering random occurrences of madness among the population. 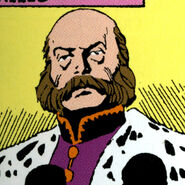 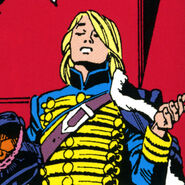 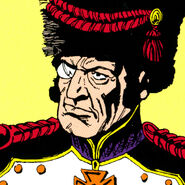 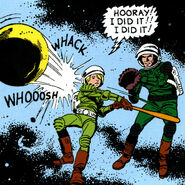 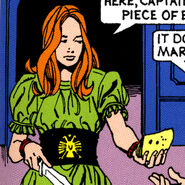 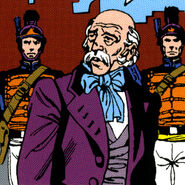 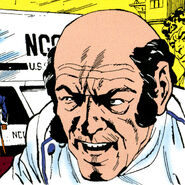 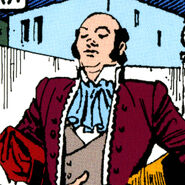 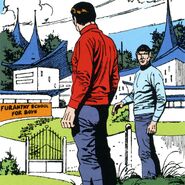 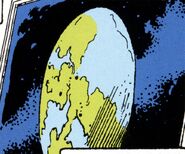 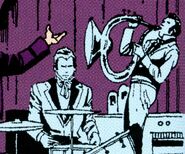