Aftermath, Issue 1 is the first issue of IDW Publishing's Discovery comic miniseries Aftermath, set after the events of Discovery season 2.

You saw the stunning conclusion of the second season of Star Trek: Discovery – now witness the Aftermath! After discovering Michael Burnham's personal log, Spock begins to unravel the story of Burnham's journey from orphan to Starfleet officer – and the secret history of the Red Angel as well. But as he confronts the secrets of Burnham's past, he'll also have to grapple with his own. An amazing new Star Trek: Discovery miniseries begins here!

Through the Looking Glass 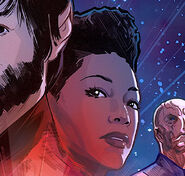 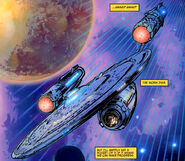 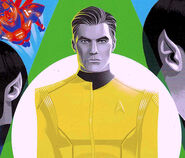 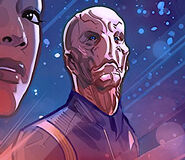 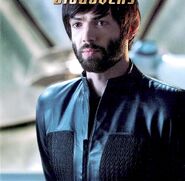 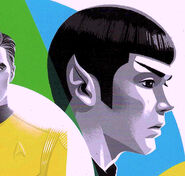 Michael's red angel suit, flanked by Enterprise and Discovery.
Add a photo to this gallery

Retrieved from "https://memory-beta.fandom.com/wiki/Aftermath,_Issue_1?oldid=669350"
Community content is available under CC-BY-SA unless otherwise noted.