This article is about the manga story. You may be looking for The Art of War treatise by Sun Tzu.

3905.7
"Art of War" was the first of four Star Trek: The Original Series manga stories in the 2008 anthology Uchu (Universe). It was published by TokyoPop, written by Wil Wheaton, and drawn by E.J. Su. In this story, Captain James T. Kirk and a Klingon Commander were on trial for their actions in a collapsed tritanium mine.

Wil Wheaton returns with a Klingon confrontation that may test Kirk's resolute hatred of them.

Captain's log, stardate 3905.7.
We have received a distress call from the Federation mining colony on Angrena. Our scheduled visit to Starbase Six for some much needed rest and relaxation will have to be postponed until the rescue operation is completed.

Captain's log, stardate 3905.9.
We have reached the mining colony on Angrena. I have assembled a medical and engineering landing party to treat any wounded, and prepare the survivors for evacuation. I have asked my chief engineer, ship's doctor, and first officer to accompany me.

Beaming down, Leonard McCoy rushes to care for the injured. Kirk and Ripley are wondering how the explosion might have happened when a Klingon landing party materializes and starts attacking everyone in sight. During the fight, the ground gives way and Kirk and Commander Kring fall into the mine, separated by rubble.

With radiation disabling their communicators, Kirk and Kring each follow directions to a way out. In the dark, each is being attacked stealthily, seemingly by the other, until their paths run into each other, and they realize their common enemy is a Jeru, a large, vicious creature that infests mines. They fight it together, with Kring killing it while seeming to save Kirk. "You're next," Kring says, launching into Kirk. The cliff edge gives way, and Kring holds on with one arm. Kirk pulls him up.

Saying Kring owes him a life debt and will not kill him out of honor, Kirk suggests they work together to get out of the mine. They construct a bridge with planks to climb out of the area to the lift. While climbing out, they see hundreds of Jeru eggs around the bottom of the mine and realize that the Jeru likely had inadvertently triggered the mine explosion.

When they reach the lift, Kring observes that Kirk seems to know a lot about Klingons. Kirk quotes Sun Tzu, which Kring called "rare Human wisdom," deciding he and Kirk had similar philosophies.

After arriving on the surface, both captains order fighting to stop. Spock reports that several Klingon prisoners are ready to be transported to Starbase 6. Kirk asks Kring if he is going to attack the Enterprise, which will trigger all-out war, but Kring says he has no interest in violating the cease fire. On that basis, Kirk releases the captured Klingons to Kring and both crews leave the planet. Before beaming up, Spock says that releasing the Klingons was a violation of Starfleet Directive 72, and that he will be forced to report it, leading to the court martial.

The court says showing mercy to the Klingons might help prevent war in the future and calls Kirk's actions unorthodox. Kirk is reprimanded, however, and is required to file a full report upon arrival at Starbase 6.

Meanwhile, Kring has been accused of cowardice. His judge says, "considering everything we know to be true about Human behavior," the events couldn't have happened as Kring said. Kring's subordinates, angling for promotions, do not support their captain. Kring stands his ground resolutely and proudly as he is killed.

Captain's personal log.
I told Kring "If you know the enemy and know yourself, you need not fear the result of a hundred battles." I didn't tell him the rest of that lesson: "If you know yourself but not the enemy, for every victory gained you will also suffer a defeat." We are so certain that we know the Klingons, and they are equally certain that they know us, but we haven't made much of an effort to challenge our mutual conviction. Just as I don't represent all men, Kring can't represent all Klingons, yet the symbolism of working together to build a bridge is not lost on me. I hope it was not lost on him. 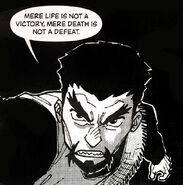 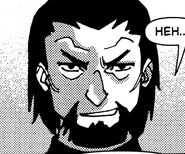 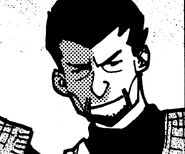 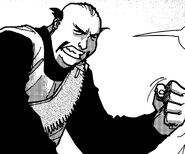 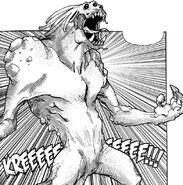 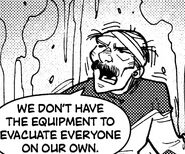