When a crucial mission must be performed on an inhospitable world, only one USS Voyager crew member can survive being transported to the planet's surface - the holographic Doctor! Encountering the locals, who live in a fashion much like that of the humans in our fairy tales, The Doctor, "adopted" by a young squire, tells stories of life in Starfleet. These stories are seen through the squire's "medieval European" frame of reference. Together the Doctor and his new friend must slay a dragon, fight off enemies, and gain access to an enchanted tower - all as the Doctor is fading from existence!

Masterfully illustrated by David Roach in a style that echoes the classic strip illustration of Hal Foster, this Arthurian-style adventure by science fiction novelist Janine Ellen Young and comic book writer Doselle Young is a Voyager-in-Camelot tale that will be long remembered as a new Voyager class.

A man with a mace is running through a forest. He then confronted by a woman in starfleet armor who see that he is lost as well. The man warns her that his band is not far behind, but so is hers. The two of them fight each other till the woman subdues him. She then offers him a chance to redeem himself by becoming first among her knights.

The Doctor briefly mentions some of the events of the pilot episode.

The Doctor tells of Seven of Nine's tale, joining the crew. 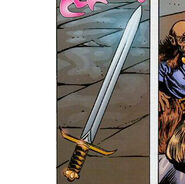 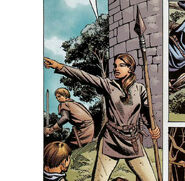 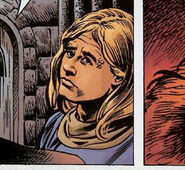 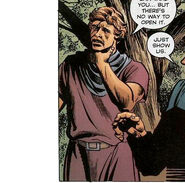 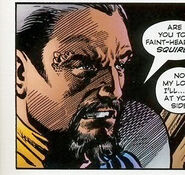 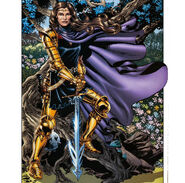 Kathryn Janeway as a knight of Starfleet in a story. 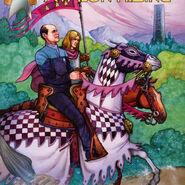