See also Death Before Dishonor, a comic, and later title of a comic collection containing that comic which was also written by Peter David.

An enemy so intractable that it cannot be reasoned with. The entire race thinks with one mind and strives toward one purpose: to add our biological distinctiveness to their own and wipe out individuality, to make every living thing Borg.

In over two centuries, the Federation has never encountered a greater threat. Twice Starfleet assembled and threw countless starships to stand against them. The Borg were stopped, the price paid in blood. Humanity breathed a sigh of relief, assuming it was safe. And with the destruction of the transwarp conduits, the Federation believed that the killing blow had finally been struck against the Borg.

Driven to the point of extinction, the Borg continue to fight for their very existence, for their culture. They will not be denied. They must not be stopped. The old rules and assumptions regarding how the Collective should act have been dismissed. Now the Borg kill first, assimilate later.

When the Enterprise manages to thwart them once again, the Borg turn inward. The dark places that even the drones never realized existed are turned outward against the enemy they have never been able to defeat. What is revealed is the thing that no one believed the Borg could do.

As a novel in the post-Nemesis TNG continuity, Before Dishonor is one of a sequence of stories that do not reconcile well with the events established in Star Trek: Picard. In particular, the evolution of the Borg might not match details of the new canon series. 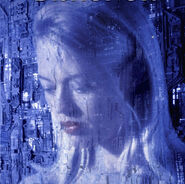 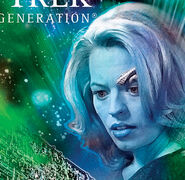 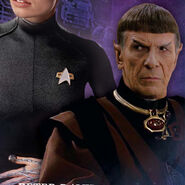