Between Love and Hate

Between Love And Hate

2374
"Between Love and Hate" was the 19th and final issue of Star Trek: Starfleet Academy in its incarnation as a series from Marvel. This Marvel Comics publication was released in June 1998.

Pava must fight for her life against Kovold, who has been driven insane by an archaeological artifact of the mysterious Viators. Pava is unable to bring herself to kill Kovold, but he destroys the shuttle to try and burn away his dishonor. Pava is beamed away with only a moment to spare and is blamed for the death anyway. 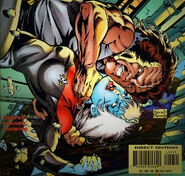 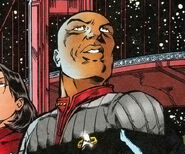 Captain Edam Astrun in the future. 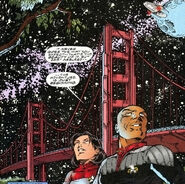