Captain's Log, Stardate 6221.4
The Enterprise has made it to Starbase 7 in excellent time. After our attempt to answer a Klingon distress signal-- an attempt that did no good and may have caused an interstellar incident-- I fear that we have only receive bad news. In his message Admiral Springer alluded to an incident involving the Romulans. Whatever it is, if the Romulan incident is more pressing than the Klingon situation, wince we may be looking at war with the Klingons, I can only speculate what it could be.

Captain's Log, Supplemental
We are en route to Starbase 14. I fear the worst, for the starbase and for the Federation if the Romulans are responsible. The Romulan War was devastating one hundred years ago, and our capacity for destruction has grown since then.

Captain's Log, Personal.
I have extremely mixed feeling about greeting the Federation ambassador. It may be a hunch... Or it may be the result of my past experiences with diplomats, but the feeling persists.

Captain's Log, Supplemental
We have rescued a total of seventy-two survivors from the station, all but two of them children. all of the survivors are being transferred to the USS Salk, a Starfleet medical ship. Over five thousand deaths, and seventy orphaned children, yet I fear we are looking at only the beginning.

Captain' Log, Personal.
As a young cadet, I met the legendary Captain Robert April and asked him for advice. "Go with your gut" the old man told me. Now my gut is telling me something is wrong-- That I am missing something important. With the stakes this high, I only hope we can find what that is before it's too late... 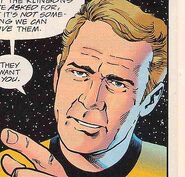 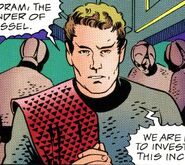 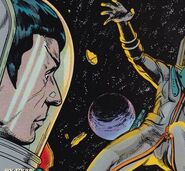 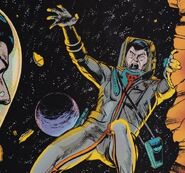