Mark Lenard, well known to fans as Mr. Spock's father, Sarek, ﬁrst appeared in the Star Trek universe as one of Captain Kirk’s most memorable opponents, the Romulan Commander of the episode "Balance of Terror." That episode also served as an introduction to the mysterious alien race. Now Mark Lenard, along with his co-writer and illustrator Ken Penders, relates an epic adventure of the 24th century, introducing the Romulan Commander's son Jannek, who undertakes a diplomatic mission to Bajor. Compli­cating things is murder aboard Deep Space Nine, a mysterious artifact, and a beautiful ensign with a very impressive family history. Full of action, treachery, honor, and vengeance comes Star Trek: Deep Space Nine Celebrity Series #1: "Blood and Honor."

Dax, Dr. Bashir along with a young ensign, Jamie Kirk, return from the Gamma Quadrant with a strange artifact. When they arrive back at Deep Space 9, they learn that Lieutenant Jayakar had been killed in an accident. When they return, they meet Jannek, a Romulan diplomat and the son of a Commander who Captain James T. Kirk met in battle over 100 years before. 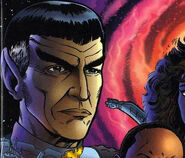 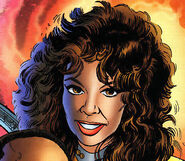 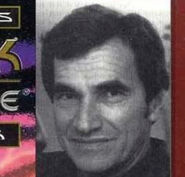