Scotty returns to the Yorktown base to check on construction of the new Enterprise... only to find that building the flagship comes with unexpected perils.[1]

The chapter is focused on Kevin the Teenaxi, who is now working at Starbase Yorktown closely under Keenser in the reconstruction of the USS Enterprise-A. "Scotty" and a crew of cadets, including Jaylah, visit the ship, and while working with Kevin, he asks if the Teenaxi is considering joining the Starfleet Academy while stating that his civilization's flagship is arriving the next day.

The Teenaxi delegation, led by Grand Audarch Steve, negotiates over a welcoming dinner possible commerce and trade bonds while not being inclined to formally join the Federation, and afterwards inspect the Enterprise works. However, by night, the delegation uses Kevin's credentials to enter the incomplete ship and execute a sabotage. The following day, the Teenaxi have left with the captain chair, and when the Yorktown contacts, Steve states that "without the your main power source to your beloved new flagship, you have no choice but to do as we demand." The confused responses by the Starfleet eventually make Kevin reveal he had duped his own species: once asked for "the center of the ship's power", he made them go for the symbolic one. Furious, Steve threatens to kill Kevin, but the Starfleet teleports him back to Yorktown.

As Scotty prepared to return with the cadets to San Francisco, he again asked Kevin to go along. The Teenaxi replied he wanted to continue with Keenser, while stating he was now an outcast who cannot go back. Scotty just said to give them time while Kevin resumed his work on the ship. 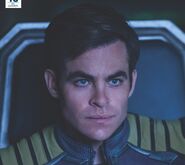 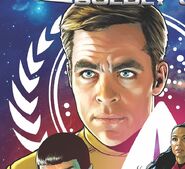 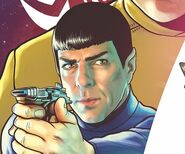 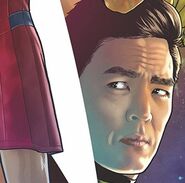 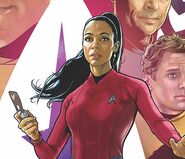 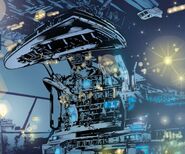 Flagship of the Teenaxi Delegation. 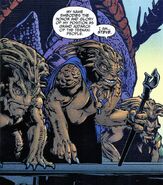