The Original Series: Boldly Go No. 5

The hit new ongoing series continues with this special story focusing on Jaylah, the breakout alien heroine from Star Trek Beyond! Learn the secrets of Jaylah's past as she prepares for a bold new future at Starfleet Academy!

The story is told through flashbacks in a reverse chronological order, each one starting with "before". First, a tearful Jaylah finds a derelict ship, eventually using her flashlight to see the plaque USS Franklin.

Jaylah is revealed to be the youngest daughter of a family of space traders. She lost her mother at a young age, but soon developed the ability to deal with machinery. One day, the family's ship approached Altamid hoping to make business, only to be struck by the Swarm ships and forced to crash-land. In Krall's base, the family planned their escape, but not before her older sister Keelah died, having her life force absorbed by Krall himself. During the getaway, Jaylah's father confronted Manas to allow his daughter to run.

The story ends with Jaylah at the Academy, with the cast of the miniseries Starfleet Academy in the background. 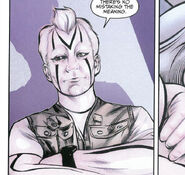 Keelah teaching Jaylah how to fight. 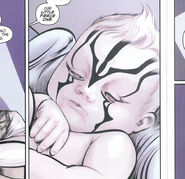 Jaylah as a baby. 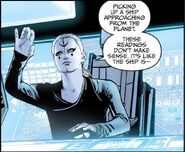 Krall about to drain Keelah. 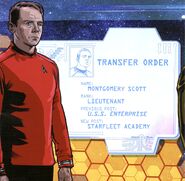 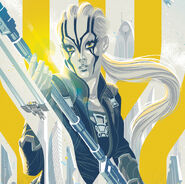 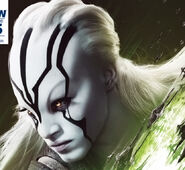