The Space Between No. 2

45315.1 – 45317.8
Captain's Pleasure is a Star Trek: The Next Generation comic, the second issue of IDW Publishing's The Space Between miniseries. The comic was written by David Tischman with art by Casey Maloney, and was initially released in February 2007, with a reprint in the omnibus of the series in September of the same year. The story, set in 2368, features Captain Jean-Luc Picard taking shore leave to visit an old friend, Doctor Marjorie Devarona, at an archaeological site on Rajatha Prime, only to find himself trapped on the planet trying not become the next victim in a series of murders.

Continuing the 20th Anniversary celebration of Star Trek: The Next Generation with this all-new relaunch. Picard visits the archaeological dig on Kandom 9, where scientists have unearthed an ancient text—and a gemstone worth more than Human life. When contact with the Enterprise is cut off, greed turns to mistrust, and Picard must discover the killer in the group, before he becomes the next victim.

Captain's personal Log, Stardate 45315.1: With Ambassador Spock's decision to remain on Romulus I returned to the Enterprise and found a communication from Dr. Marjorie Devarona, one of the Federation's leading archaeologists, and an old friend. She has discovered the ruins of an ancient city on Rajatha Prime. Because of the planet's unique ionosphere, accurate scans could not be taken from orbit, and the chance to explore a pristine site is as rare as the artifacts our team has uncovered. I have left Commander Riker in command of the Enterprise with orders to return here in a week. Until then, I intend to enjoy myself.

The expedition team busy at work on Rajatha Prime are roused by the calls of the Human Dr. Hoyle who, while exploring a hole he suspected had been created by a meteor, found the wreckage of an old shuttlepod, which Picard, examining corpses nearby, suspects had crashed some two centuries ago. As the team examines the wreckage, Gest, a Bolian member of the team, discovers a stash of harmonic diamonds. While Picard ponders the identity of the corpses, the rest of the team divide up the treasure. Gest quotes an old Earth phrase "finders-keepers", losing light they return to camp.

On the Enterprise, Deanna Troi enters the holodeck and finds Dr Crusher dancing in the Bridge Club, a 1975 Brooklyn disco.

It is night time in the camp. Picard enthuses over the possibility that Rajathan designs discovered might offer the key to unlocking the doors to the top level of the ruins. The rest of team discuss the profitability of their harmonic diamonds. Kob, a Bajoran, dreams of opening hospitals on Bajor while Dr. Devarona imagines setting up a foundation to finance hundreds of archaeological digs, or maybe buy a moon. After all, "there's a little Ferengi in all of us".

As debate rages over who rightfully owns the diamonds, the decision is made to split them up, one for each member of the team. Picard opts for Schwin, the expedition's Andorian cook, to take care of his.

The next morning, Picard awakes in the hope that the previous night's antagonism might have died down. His hopes are dashed when Hoyle informs him someone has sabotaged the comm system and that Dr. Devarona is missing. Hunting in the rain, they find Devarona dead in the bottom of a gorge. Knowing of her excellent climbing abilities, they conclude she must have been pushed or thrown. Schwin, finding the Doctor's diamond missing, concludes one of the team must have killed her, while Gest suggests they are not alone on the planet.

Back at the camp, the team finds someone has taken the phasers, too. Picard decides to return to the ziggurat to try and use the shuttlepod’s old comm systems to send a message. The rest of the team decide to stay together at the camp.

On the holodeck, Deanna takes in the sights and sounds of the disco. As Beverly is taken away by her dance partner Mikey, she encourages Deanna to join in, but warns her to avoid a man name Carlos— "He has two left feet - and he's a grabber".

In the jungle, Picard feels secure in the knowledge that Starbase 14, having not received the team's scheduled transmission, would be directing the Enterprise to investigate. As a phaser beam lances through the foliage, he concludes he just has to stay alive until then.

Dr. Hoyle, armed with a phaser, hunts through the undergrowth. Watching from above, Picard prepares himself, and at the opportune moment swings down on a vine, knocking down Hoyle and making a grab for the phaser. Later, the two reach the shuttlepod. Hoyle protests his innocence, noting the phaser hasn't been fired. Picard notes, as Hoyle had predicted earlier in the camp, the shuttlepod's phase pistol is also missing. Inside the pod, he finds Schwin dead, stabbed through the chest, and the comm system destroyed. As he tries to access the pod's data recorder, he hears phaser fire and screams.

Outside, he finds Hoyle and Gest fighting for control of the phaser, the corpse of Kob lying in front of them. As Picard recovers a phaser from Kob's corpse, Gest gets off a shot at Hoyle at close range through the chest. Gest claims Hoyle attacked her, and had killed Kob, offering proof in the form of a smaller phaser canceled in Hoyle's clothing which she claims he used to fire on Picard earlier. She also notes the diamonds are gone, suggesting Hoyle hid them, lost forever. She makes further claims that she witnessed Hoyle killing Schwin and suggests he was responsible for Devarona's death as well. Apparently convinced, Picard asks for Gest's help in unlocking a bigger discovery.

On the Enterprise, Riker orders Beverly to the transporter room. She gives Mikey an impassioned kiss and saves the program.

On Rajatha, Picard and Gest dislodge the shuttlepod to reveal the entrance to a Rajathan chamber, a symbolic entrance to the underworld which Picard had discovered in the shuttlepod's data recorder. The pilots killed each other before they could decipher the markings and get in. Picard, having examined the markings on the similar entrance to Rajathan heaven, quickly opens the chamber.

The two become the first to enter the room in two millennia and find priceless treasures totally undisturbed. Gest decides to offer Picard her harmonic diamond, claiming that the chamber inspires her, reminders her why she became an archaeologist and that she wants to put her ill deeds behind her. Picard claps in response congratulating her on almost completing her ruse. He puts forth that her giving him the diamond is just a distraction and the rest of the diamonds she claims are lost by Hoyle are in fact in her canteen which she hasn't drunk from since the gems were discovered.

Her plan foiled, Gest reaches for a bladed weapon. She begins backing out of the chamber, safe in the knowledge her ship, which she contacted before disabling the comm, will arrive before the Enterprise turns up to conduct an impossible search for Picard trapped in the chamber. However she backs straight into the butt of a phaser held by Commander Riker.

Captain's log, stardate 45317.8: Dr. Crusher found the jewels emit a low-level energy wave, stimulating areas of the brain associated with primitive emotions, including anger, envy, and greed. I wonder why the gems didn't affect me. Perhaps it was because I never physically held them, as the others did. Or perhaps a starship captain craves something more.

On the bridge of the Enterprise, Riker reports the shuttlepod had been reported stolen from the Columbia (NX-02) in 2296. The diamonds however are unregistered. Per Dr. Devaron's last request, Picard has the Daystrom Institute financing archaeological digs across the quadrant. And he might buy a moon; after all, "there's a little Ferengi in all of us". 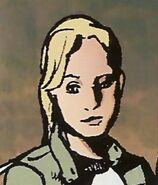 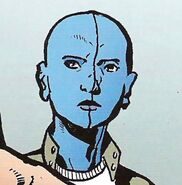 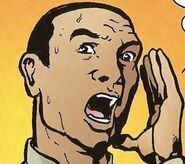 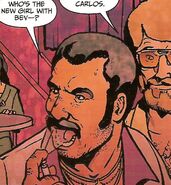