"Cardassian Struggle" ("Dominion Domination" to Klingon Defense Force characters) is an episode, i.e. a chain of missions, in Star Trek Online. It is available to all factions. The Federation version was originally considerably longer than that available to either the Klingon Empire or Romulan Republic.

The majority of the missions in the "Cardassian Struggle" episode deal with one of two storylines. The first primary storyline deals with the player faction's counterinsurgency efforts against the True Way under Gul Madred, which has secured an alliance with rogue Dominion forces remaining in the Alpha Quadrant after the end of the Dominion War. This culminates in the missions "The Long Night", where the player apprehends Madred on Empok Nor, and "The New Link", where the changeling Laas has set up a changeling sanctuary on Orias III and is breeding Jem'Hadar. The player destroys the hatchery and, with the blessing of the other changelings, takes Laas into custody after a ground battle.

The second primary storyline deals with a spate of incursions by the Terran Empire of the mirror universe, led by James O'Brien. The Terrans launch a number of attacks on the space around Deep Space 9 and are eventually revealed to have stolen the Orb of Possibilities from the prime universe and switched it with its mirror counterpart. This is not resolved in the KDF/RRF version, but the Federation mission "The Other Side" has the player switch them back and close off the Terrans' access for the moment.

The Federation player character has access to several additional missions, including a minor storyline continuing the Undine subplot from the "Klingon War" and "Romulan Mystery" episodes, and an altercation with Ja'rod, son of Torg and his ship the IKS Kang over the disposition of a tribble sanctuary.

The plot then segues into the feature episode "Lost Dominion", which begins with an international conference on Deep Space 9 on forming a unified counter-force against the Borg Collective and was unaffected by the 2015 rewrite. This conference is interrupted by the appearance of 2,800 Dominion starships through the Bajoran wormhole, who swiftly occupy the station. They are discovered to be the fleet that the Prophets made disappear in 2374, and the player must ally with Dominion forces in the Gamma Quadrant and return to them the female Changeling in order to take back the station. 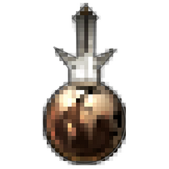