The Original Series No. 19

6714.3
"Chekov's Choice" was the 19th issue of DC Comics' 1984 series of Star Trek comics. It was a special issue written by Walter Koenig. In this story, Pavel Chekov became overwhelmed with guilt from having been unable to save a helpless crew before the ship self-destructed.

A special story set between the events from Star Trek: The Motion Picture and Star Trek II.

En route to meet the Eebrix of Pelham Five, Nyota Uhura intercepts an urgent distress call from a nearby ship. They say their ship will self-destruct in twenty seconds. James T. Kirk requests that transporters lock onto the crew, but Hikaru Sulu warns that they have to depart immediately or be caught in the blast. Kirk orders the ship to warp, and they watch the other ship blow up. That evening, Kirk is unable to sleep and Chekov wakes up in a cold sweat.

The next day, sensors pick up another vessel, but it doesn't answer hails. Chekov fails to respond to Kirk's request for information. He is still distracted by the loss of the other ship and concedes that he is unable to keep his attention on his work. Kirk relieves him of duty, and Chekov goes to his quarters, frustrated. In the recreation room, the crew whines about Chekov's being relieved. Montgomery Scott confronts a lieutenant who won't back down on the subject. Kirk laments to Spock how easy it was in the past to seek out new worlds, but now he feels like he has to protect himself from pain.

Chekov awakes screaming from nightmares. He runs into the hall and bumps into Yeoman Marjorie Hamilton, who sits down with him in the officer's lounge. Chekov says he dreams of people suffering: his father, his captain, his closest friend, the girl that he loved, himself, and the doomed aliens. Hamilton comforts him.

Back on the bridge, Kirk and Spock discuss the new alien vessel as the Enterprise travels through an asteroid field. Kirk second-guesses himself, wondering if the aliens need help but can't or won't help, but McCoy says he is overreacting. Kirk suggests taking a shuttlecraft in case the transporter prompts fear from the aliens. Spock suggests that he pilot the shuttle. Spock requests clearance to dock, but suddenly eight Vulcan warships appear and fire on the shuttle.

Meanwhile, a fight breaks out in engineering and Scott reports overhearing mutinous talk. Ensign Burns reports that Chekov is on the rec deck trying to incite mutiny. Kirk orders Sulu to take two officers and bring Chekov to the bridge. Sulu and Chekov get into a fight, and Burns stuns Chekov, prompting a mob reaction. A crowd of angry crewmembers take over auxiliary control, shut down power to the bridge, including helm control, and leave the ship on a collision course with an asteroid.

Over the intercom, Kirk appeals to Chekov to get control of the mob, since they'll only listen to him. Kirk says if Chekov's motives really are to preserve life, then he has to get control of the ship within eight minutes or the Enterprise will be destroyed. But neither Chekov nor Hamilton can see an asteroid in their viewer.

Spock enters Chekov's quarters, explaining that the nearby alien ship created illusions of Vulcan warships to prevent him from landing. Spock believes the self-destructing ship had also been an illusion, a vision meant to compel the Enterprise crew to act chaotically and destroy themselves. But Chekov says neither he nor Hamilton saw any asteroids. Spock asks who Hamilton is, as there is nobody else in the room. Spock says he was able to overcome the illusions because he knew such Vulcan ships had not existed for 20,000 years. Chekov has to beat the illusions as well. He has to think not with his heart, but just do his duty. Hamilton replies that she loved Chekov. With effort, Chekov sees through the illusion and Hamilton fades away. The two run to auxiliary control and diverts the ship with seconds to spare.

Later, McCoy determines the illusions were not just hallucinations, but for the crew who are most susceptible they were a disease "causing bio-chemical alterations and neurological re-patterning," and he determines that the crew were not responsible for their actions. Still, Chekov feels terrible for his insubordination. Kirk tells Chekov that even while under the influence, he still acted out of compassion.

Uhura receives a transmission from the alien ship. The Illusionists reveal themselves to be defenseless except for their ability to make illusions, having spent 1,000 years hidden from other races. They are afraid that the Federation will discover them after Eebrix came aboard their ships. The Eebrix are unemotional and unresponsive to illusions, which the Illusionists feel will make them susceptible to attack. But as the Illusionists were defeated without Eebrix aboard, they concede defeat. Kirk explains that the Federation is peace-loving, and they can go in peace. 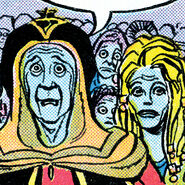 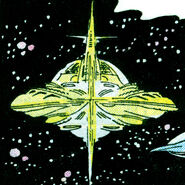 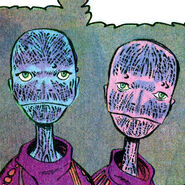 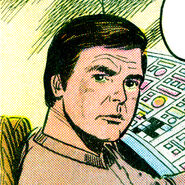 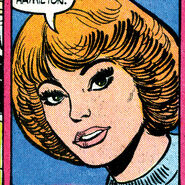 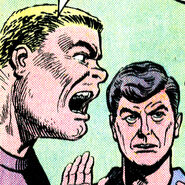 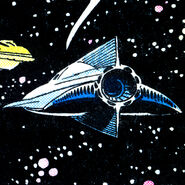 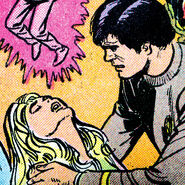 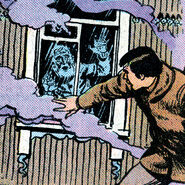 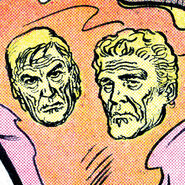 Comrade shot by a Klingon.