For other uses, see Coda.

Coda is a Star Trek novel miniseries, a trilogy of novels consisting of volumes by Dayton Ward, James Swallow and David Mack.

According to initial solicitations, the Coda series would take place in the late 24th century and provide a continuation of the so-called "relaunch" cycle of novels, that is the various serial arcs set after the end of canon series:

All of those series were brought together by the Star Trek: Destiny crossover (which also involved elements of ENT continuity), which introduced some changes to continuity that had been advanced in those relaunches. Since later canon (specifically the Star Trek Picard series) seems to contradict some aspects of that continuity, it was expected that Coda will provide some evolution of the storylines to address this.

The final result of the series was that the interconnected novels and stories of the Simon & Schuster publishing program (from Pocket Books and Gallery Books) would be considered part of an alternate reality called the "First Splinter timeline", and that the ODE ("original divergence event") was caused when the Enterprise-E re-opened the temporal wake in the closing scenes of Star Trek: First Contact, meaning that most or all of the prose publications taking place after the year 2373 would be considered part of this non-canon timeline. Besides including the so-called "relaunch" group of series, this also involves the entirety of the spinoff series Star Trek: Corps of Engineers, Star Trek: Klingon Empire, Star Trek: New Frontier and Star Trek: Prometheus.

The Ashes of Tomorrow.

In the Afterword of Moments Asunder, author Dayton Ward states that Coda was created in part to avoid a situation similar to that which happened with the Star Wars Expanded Universe following the announcement of Star Wars: The Force Awakens, which left fans feeling "betrayed" and their time somehow wasted when those stories were declared to be "Legends." Furthermore, upon learning of Star Trek: Picard from Kirsten Beyer, Ward was sure that the novel continuity would be impacted and he and the other writers wished to do something within the novels to acknowledge the latest evolution of the Star Trek brand without scrapping everything that had come before. 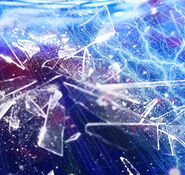