A comic is a story told by a sequential series of images normally with speech bubbles to allow the characters to talk and to further explain the situations depicted. Comics set with in the realm of the Star Trek franchise have been published since the 1960s.

Gold Key Comics The first comics were published under the Gold Key banner from 1967 until 1979. As no other series existed at the time, all were based on the Original Series.

Marvel Comics Marvel published a small number of comics set in the period of Star Trek: The Motion Picture from 1979 until 1982.

Marvel Comics In 1995 Marvel purchased Malibu. They began publishing comics from all four of the existing television series, and started two original series: Starfleet Academy and Early Voyages. Additionally, they published a number of one-shots.

WildStorm Comics In 1999 WildStorm picked up the license from Marvel. They published one-shots and mini-series from all the existing series until 2001.

IDW Publishing Rumours started to circulate in early 2006 that IDW was negotiating for a licence to publish new Star Trek comics, and in October those rumours were confirmed. The first project was be a TNG miniseries, The Space Between, starting in 2007 followed later by a TOS and further TNG projects and titles of DS9.

In addition to typical comic books from the major comic book publishers Star Trek comics have appeared in various other forms:

UK Comic Strips Running alongside the US Gold Key comics, in the UK Star Trek comic strips were published in issues of the anthology magazines Joe 90: Top Secret, TV21 and Valiant. 37 stories were told in 256 parts between 1969 and 1973, with an additional 11 stories told in annuals.

US Comic Strips From 1979 until 1983 Star Trek comic strips were printed in US newspapers set in the period after Star Trek: The Motion Picture. Twenty stories were told over 1400 individual strips.

TokyoPop In 2004 Toykopop acquired the license to publish Star Trek manga, Japanese style comics. They published three anthologies of TOS manga, one of The Next Generation, and an Ultimate Edition collection. The first book came in 2006, celebrating the 40th Anniversary of Star Trek with Star Trek: The Manga, an anthology of TOS stories.

Since their original publications many comics have been and continue to be reprinted in bound collective volumes. 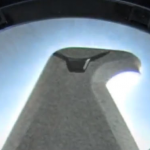