Crucible is a trilogy of Star Trek: The Original Series novels written by David R. George III released as part of The Original Series’ 40th Anniversary. The books, instead of being one, continuous tale, focus on different adventures of each character. However, the books all focus on the TOS episode "The City on the Edge of Forever", and how the events of that episode affected the lives of McCoy, Spock, and Kirk.

According to editor Marco Palmieri, he advised David R. George III to "not worry about continuity" with respect to other books, and consequently (and somewhat unusually for modern Star Trek books) parts of Crucible trilogy contradict the continuity of other contemporary Star Trek prose works. 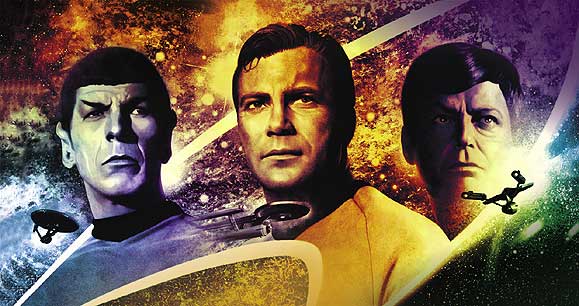 There were plans to release an omnibus book of entire trilogy. The book was to have been published in May 2009, to coincide with the release of the new Star Trek movie. It was planned to be a hardcover, and to feature several new short stories, as follows:

David R. George III had completed work on all the additional content, however in December of 2008 the book was announced as having been cancelled.[1]