2604.4
Destination … Annihilation! was a comic book story published by Gold Key Comics in 1978. It was the 12th of 22 stories drawn by Alden McWilliams and the 4th of 10 stories written by George Kashdan.

Teaser summary
The serenity of deep space prevailed aboard the USS Enterprise until they took on the unexpected passenger! From then on, it was only a matter of time until his unique brain would drive the Enterprise crew into an inexorable, maddening disaster.

It was prior to 2233 because the USS Kelvin had deflector shields when the Narada attacked in 2233. (TOS movie & novelization: Star Trek) 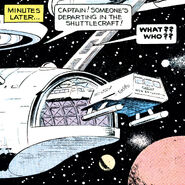 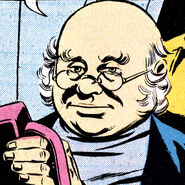 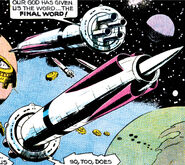 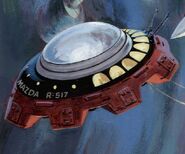