Door in the Cage

Door in the Cage

8684.2
Return to Talos! – "Door in the Cage" was the 61st issue of DC Comics's second monthly Star Trek series, published in July 1994. It was written by Steve Wilson and drawn by Rod Whigham and Arne Starr. The story explored what happened to Captain Christopher Pike 20 years after settling on Talos IV with Vina during the events of TOS episode: "The Menagerie".

Spock has traveled to Talos IV in order to offer Captain Christopher Pike, now 70 years old, the chance of a return to the Federation. Upon arriving, Spock unexpectedly meets a young boy who seems to recognize him. Captain Pike appears and identifies the boy as his son with Vina, Philip Pike. Pike and Vina invite Spock to dinner, and Spock observes that Pike, Vina, and Philip appear to be reclaiming the surface of Talos IV, cultivating vegetables, and beginning to overcome the ecological disaster of Talos IV. Given the danger of losing oneself in illusion, Spock is uncertain about the reality of the situation. His offer of medical help that would enable the family to leave Talos causes Pike and Vina to consider their situation, but they decide to stay.

When Spock is attacked by a le-matya, then three Klingon warriors, Number One, and then Pike himself, he realizes that Philip is real and trying to scare him off with illusions. Pike explains how he and Vina were able to have a son and Spock accepts their decision.

Spock returns to the Enterprise-A and recommends that Captain Pike be returned to Starfleet's active duty roster to serve as a contact specialist, and that Talos IV be considered for Federation membership.

"The Cage" • "The Menagerie" • Burning Dreams 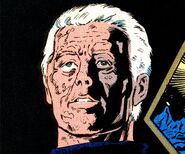 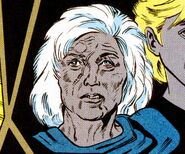 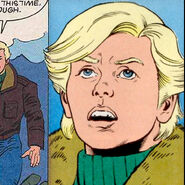 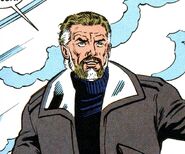 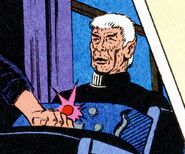 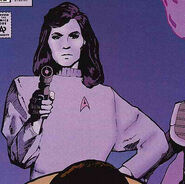 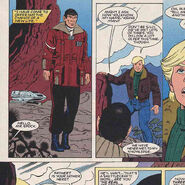