Unknown
Encounters With the Unknown was a trade paperback edition, reprinting earlier stories of Voyager.

From the back cover
When the Borg aren't really the Borg...

When the lines between magic and technology are blurred...

When the realities of war forge strange alliances

When an ancient foe returns for another encounter...

Lost in the Delta Quadrant, Captain Janeway and the crew of the USS Voyager have been seeking a way home for years. But their quest is interrupted by encounters with an astonishing variety of foes – and a few new friends. In this collection, Voyager meets a ship that looks, sounds, and smells like Borg, but doesn't seem to be Borg; finds itself caught in a Sargasso Sea of space, where only the most unlikely allies can help them battle a deadly adversary; explores a Camelot-like medieval world where questions of honor and chivalry are sorely tested; and encounters an enemy that Captain Kirk once bested – but without the weapon that Kirk used to defeat it!

These four tales, written by popular novelists and comic book writers, exemplify all that's best about the adventures of Voyager on her long journey home – courage under fire, determination to survive, intelligent responses to dangerous situations, and the humor and grace with which disparate people forced to live together in difficult circumstances learn to get along.

The TV series has recently come to an end, but the travails of the Voyager crew continue in this collection of exciting tales! 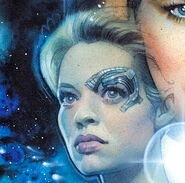 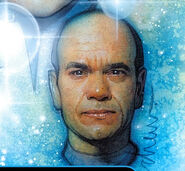 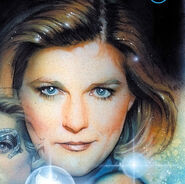