For other uses, see Enemy Unseen.

8036.2
Enemy Unseen is a Star Trek: The Original Series novel by V.E. Mitchell. It was published in October 1990, the 51st book in the Pocket Books series of numbered TOS novels.

Transporting a diplomatic party is nothing new for Captain James T. Kirk and the crew of the Enterprise—but this particular mission promises trouble from the start.

For one thing, the wife of the Federation ambassador on this trip is an old flame of Kirk's - and she's determined to see that they resume their romance where they left off. Of course, when another ambassador presents Kirk with three of his wives, finding time for the first romance, let alone any of his other duties, is going to prove nearly impossible.

When a diplomatic attaché is murdered, and the prime suspect is one of his crew members, Kirk begins to wish that Starfleet Command would consider using some other starship to ferry diplomatic personnel…

With Spock taking a leave of absence to attend a conference, Kirk's old friend Patrick Brady is temporarily assigned to the Enterprise as acting first order while Spock's Deltan protégé Lieutenant Tenaida is made acting science officer. The Enterprise has been assigned to transport both a Federation negotiating team and a delegation from the Kaldorni. The Kaldorni and another race, the Beystohnai, have laid claim to Yagra IV and the Federation will negotiate between them. Kirk is bothered by the presence of Commissioner Montoya's wife Cecilia Simons. When Kirk was a second officer Simons seduced him, apparently to distract him while the ship was attacked. Once aboard, she quickly assaults her own daughter, Janara Whitehorse.

Both Brady and Tenaida appear to order course changes but both deny being anywhere near the bridge at the time. The new course would have taken the Enterprise near Yagra IV. When Kirk and his staff introduce safeguards, several sabotage attempts are made in both Auxiliary Control and Engineering, during which a security officer is killed. The crew begin to realise they have a shape-shifter on board.

Some of the recent events, such as a fake report from Montoya trying to withdraw the Federation delegation, are the work of Simons, who is in the pay of a criminal organisation hired to start a war between the Kaldorni and the Beystohnai. However, the murders and sabotage are the work of Srrawll Ktenten, a feline shape-shifter. Simons identifies her disguised as a member of the Kaldorni delegation and tries to arrange an alliance but Srrawll kills her. She then attempts to kill Tenaida, imprisoned in the brig as part of a trap, but is captured by Security.

Srrawll turns out to be a native of Yagra IV, trying to prevent aliens from taking possession of the world. The Federation cancels the negotiations and quarantines the planet: The Kaldorni and the Beystohnai will instead be offered suitable uninhabited worlds on a recently explored system. Srrwall will be kept in custody on Starbase 15 until her punishment can be decided. 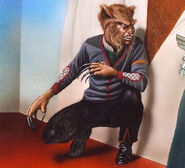 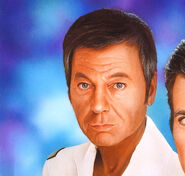 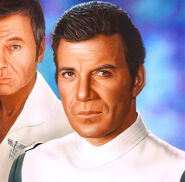 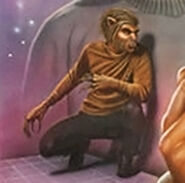 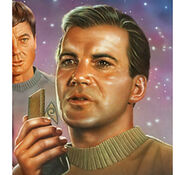