The Original Series (IDW ongoing) No. 44

2262
"Eurydice, Part 2" was the 44th issue of IDW Publishing's 2011 ongoing series of Star Trek comics, written by Mike Johnson. This is the second part of the Eurydice story arc, illustrated by Tony Shasteen.

Previously in Star Trek…
After its encounter with the creature Behemoth, the Enterprise found itself adrift in the Andromeda Galaxy, farther from Earth than any other starship has ever traveled. After weeks of drifting through uncharted space without warp capability, the ship is discovered by an alien ship with a solitary pilot: Eurydice. Captain Kirk accepts Eurydice's offer to tow the Enterprise to safety, but remains wary of her motives…

Captain's log, supplemental
I don't like this. Without warp capability, our best chance to survive is for the Enterprise to be towed by a stranger to a unknown location, like a piece of scrap. Our mission mandate is exploration, but my primary responsibility-—my real job—is ensuring the safety of my crew. Putting their lives in the hands of a stranger was necessary decision… …But at this moment I feel like I'm in command of my ship in name only.

earlier in the year 2262 (Kelvin timeline)
Enterprise is stranded. (Behemoth) 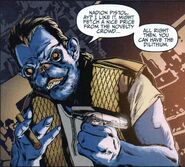 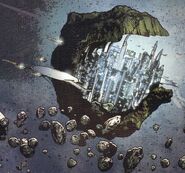 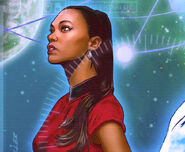 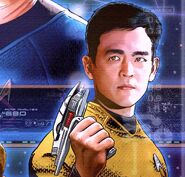