When a troop of alien warriors demands the return of an imprisoned comrade—a prisoner no one on Deep Space Nine knows anything about—Commander Benjamin Sisko has a deadly fight on his hands. Under sudden attack from the heavily armed warriors, Sisko and his crew struggle desperately to repel the invaders and save the lives of everyone on board.

Meanwhile, a strange device from the Gamma Quadrant has shifted Ferengi barkeeper Quark and Security Chief Odo three days into the future to a silent Deep Space Nine. To save the station they must discover what caused the invasion to take place -- and find a pathway back through time itself.

A Lonat trader named Square Deal Djonreel comes to Deep Space Nine after returning from the Gamma Quadrant. He goes to Quark's and consults with him in a holosuite. He shows him a Cardassian strongbox that is at least 100 years old. Quark agrees to sell the box on consignment. From his office Odo watches the two through bugs that he had hidden in Quark's holosuites. Suspicious about the transaction he confronts Quark about the box and the possible contents.

After accusing Odo of spying on him he reluctantly agrees to have the box scanned by Chief Miles O'Brien and Dr. Julian Bashir. After determining that the box's contents are seemingly harmless Quark goes to his office to open the box, under the supervision of Odo. Once Quark manages to successfully open the box they discover a device of unknown origin. Odo tries to confiscate it but Quark activates it and they are transported three days into the future.

They discover a wrecked Deep Space Nine. Many things had been destroyed and there appeared to be no survivors. Meanwhile in the present day an alien ship arrives from the Gamma Quadrant and beams a strike force on board. The aliens destroy the Promenade and kill most of the civilians. Security forces try to stop them but their armor reflects any type of phaser blasts. During the fighting they discover that the aliens are under the impression that one of their own is being held captive. They would ask everyone the question, "Where is the other one that is like us?". They killed whoever didn't know the answer, which was everybody. After Keiko is killed, Miles goes into a rage but is killed by his own grenade.

Three days in the future Odo and Quark discover the body of Jadzia Dax and one of the invaders. Upon seeing the invader Odo says that they were called the Bekkir by the Cardassians and that there was little known about them. Even their actual species name is unknown. The little information known about them is that they will attack anyone who violates their space or holds one of them captive. Odo deduces that when Quark activated the device it sent a signal to the Bekkir giving them the false impression that they were holding one of them captive. He also deduces that the device can also send them back.

Back in the present day Kira manages to get her hands on a Bekkir weapon. She is able to hold off and kill many Bekkir while civilians evacuate. Unfortunately when the runabout Orinoco tries to take off it is hit by a Bekkir bomb. This sends the Orinoco crashing back into Deep Space Nine, crushing Kira in the process.

In the future Odo and Quark make their way to the infirmary. There they discover a dead Dr. Bashir and a recording containing his final moments. The recording shows Bashir trying to trick the Bekkir into sparing him and his patients. In the end he makes a mistake that causes the Bekkir to take his life. While in the infirmary Jake Sisko and Molly O'Brien find them. At first Jake is too perplexed to tell them what happened. Quark is dismayed to learn that his nephew, Nog, died while distracting a Bekkir. They also learn that Jake's father, Commander Benjamin Sisko, went down to the fusion reactors of Deep Space Nine and caused an electromagnetic pulse that killed most of the Bekkir and civilians.

Jake and Molly survived because they were in a heavily shielded area. The group goes down to the level above the fusion reactor to get a Bekkir key that can activate the device to send them back. Even though he is extremely fatigued from not regenerating for a long time Odo goes down into the fusion reactors. With a great deal of effort he manages to get the key and climb back up before reverting back to his liquid state. After scooping Odo into a bucket, Quark activates the device and he is sent back to just a few minutes before the attack.

Quark runs all the way to Ops and is able to convince Sisko to let him talk to the Bekkir. After the Bekkir learn what has happened, they beam the device on board their ship and leave. Once everything is over Quark realizes that it will take a few days for Odo to cool down and is elated at being able to do his dealings without him. Unfortunately for Quark Kira fills in for Odo and plagues him even more. When Odo finally comes around Quark tells him his plans to tell everybody what happened and make a fortune while doing so. Odo says that if he tells anyone and if they come to him for confirmation he'll say that Quark was delirious with Turach-Tai tea. After accusing Odo of spying again Quark goes back down to his bar to continue his day. 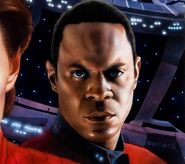 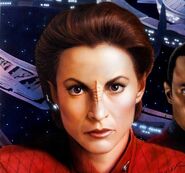 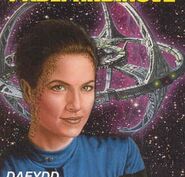 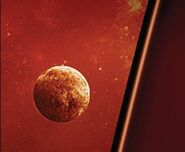