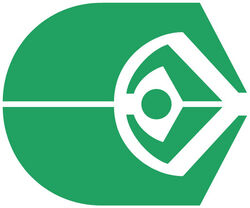 Ferengi civilization arose circa 8000 BC when the Ferengi discovered the concepts of currency and profit. (DS9 episode: "Little Green Men") It wasn't until 7500 B.C. that capitalism became the basis of Ferengi society. (Last Unicorn RPG module: All Our Yesterdays: The Time Travel Sourcebook) Around the turn of the first millennium, Ferengi politics and business were merged with the appointment of the Ferengi Gint as the first Grand Nagus. Gint also authored the Ferengi Rules of Acquisition. (DS9 episode: "Body Parts")

The Last Unicorn RPG module: All Our Yesterdays: The Time Travel Sourcebook gives the codification date of the Rules of Acquisition as 7500 B.C.

Greko was one of the first Ferengi to conduct business away from Ferenginar, working on a Ridorian merchant ship. In the course of his service, Greko saved his captain's life when their vessel was attacked by a Klingon Bird-of-Prey and as a reward he was given a substantial fortune. With his profits Greko purchased a warp drive from a Breen and returned to Ferenginar to usher in the beginning of the Ferengi's exploits as interstellar tradesmen. (ST short story: "A Dry Day on Ferenginar") This purchase of a warp drive was stated to have occurred around the turn of the 21st century. After gaining the technology for interstellar travel, the Ferengi purposely forgot that they had bought the warp drive from another spacefaring race. With this new ability to travel to other star systems, the Ferengi were provided with the means to expand into new markets by way of tradable resources. (Decipher RPG module: Worlds)

Worlds simply notes that they purchased warp technology from another spacefaring species and does not state which race this was, whilst the novels indicate that it was the Breen.

The Ferengi have an unusually low Borg designation for an Alpha Quadrant race, Species 180. This is likely because at least one Ferengi fell victim to the race that became the Borg, being one of the very first individuals to be assimilated. (VOY episode: "Infinite Regress", TOS comic: "Side Effects") One prevalent example may stem from how the former DaiMon Turane, designated Vastator was easily integrated into their collective. Even though he was originally weak-minded and physically inept, he proved to be the next Locutus to take on the challenge of the non-assimilating planet killer, in 2367. The first time in exactly 100 years since this weapon was encountered in Alpha Quadrant. (TNG novel: Vendetta)

This early assimilation could have happened any time in the three thousands years up to the 23rd century when the race that became the Borg were seeking individuals to try and find a cure for a disease. As they became the Borg the race escaped through a wormhole which sent them back in time and space to the Borg's birthplace in the Delta Quadrant.
"Vastator" is Latin for "Destroyer" or "Ravager".

The Ferengi spread far and wide with lone traders getting as far as the space near Earth by the 22nd century; the Ferengi had made contact with the Valakian by 2151 and later that year a Ferengi vessel attacked the Earth starship Enterprise (NX-01), though the Human crew never learned the identity of their assailants. (ENT episodes: "Dear Doctor", "Acquisition")

In the late 2150s, the Ferengi experienced a massive upheaval and economic depression that hindered their ability to operate as a warp culture for over a century. (DTI novel: Watching the Clock)

The Ferengi then backed the Krisaian faction on Modala with advanced weapons. In exchange, Modala would belong to the alliance at some point in the future. However, the Krisaians were overthrown when Captain James T. Kirk and his landing party from the USS Enterprise helped the resistance against them. (ST - The Modala Imperative comics: "For Whom the Bell Tolls", "Lies and Legends!")

In 2355 a Ferengi vessel engaged the Federation starship USS Stargazer in the Battle of Maxia. The Stargazer was successful in destroying the Ferengi vessel but was also damaged itself and was abandoned. This incident once more was not recorded by the Federation as first contact as the Ferengi did not identify themselves. (TNG episode: "The Battle")

Over the next two decades the Ferengi managed to build a somewhat inaccurate fearsome reputation amongst the Federation- based on the reasoning that the Federation's moneyless economic structure meant that they were clearly insane and wishing to confront them from a position of strength- until official first contact was finally made between a Ferengi vessel and the USS Enterprise-D in the Delphi Ardu system in 2364. Following this encounter an Andorian diplomat was sent to Ferenginar to establish formal relations with the Alliance. (TNG episodes: "Encounter at Farpoint", "The Last Outpost"; ST short story: "A Dry Day on Ferenginar")

The Ferengi Alliance was amongst the first Alpha Quadrant powers to move into the Gamma Quadrant after the discovery of the Bajoran wormhole. Forging close economic ties with a number of Gamma Quadrant worlds, the Ferengi were the first to gather relevant intelligence on the quadrant, including information on the existence of one of its dominant powers, the Dominion. During the Dominion War, the Ferengi Alliance remained nominally neutral, though it is known to have aided the Federation on several occasions. In 2374, the Ferengi Alliance hired several mercenaries to rescue Grand Nagus Zek's consort, Ishka, from the Dominion after she was kidnapped on her way from Vulcan; the mercenaries ended up engaging in successful hostilities, and even captured a Vorta official who was then turned over to the Federation. (DS9 episodes: "Rules of Acquisition", "The Magnificent Ferengi")

Despite its traditional neutrality, the Ferengi Alliance briefly found itself at war with the Republic of Bajor over a cultural conflict in 2372; the conflict was quickly resolved. (DS9 novel: The 34th Rule)

Following Bajor's admittance into the Federation in 2376 Quark's on Deep Space 9 was designating the Ferengi embassy to Bajor by the Grand Nagus, Rom, allowing his brother Quark to continue trading in pocket of Ferengi territory within the moneyless economy of the Federation. (DS9 novel: Unity)

In 2379, the Ferengi Ambassador to the Federation was a man named Derro, who had a pet theory for "modernizing" the Federation economy. (TNG novel: A Time to Heal)

(DS9 reference: Legends of the Ferengi)

Ferengi years would appear to be shorter than Earth years -- knowing Ferenginar did not obtain warp drive until after 1947 CE, 17231 would presumably be after that date. Assuming the most recent Ferengi year cited, 18803, coincides with the then-current date on DS9 (2373), a Ferengi calendar year is roughly one-quarter of an Earth year.

In an alternate timeline where Bajor was never liberated from the Cardassians, the Ferengi Alliance was absorbed into the Cardassian Union. This came when the Cardassians paid off the Grand Nagus and took on all of the Ferengi contracts with the other interstellar governments. (DS9 novel: A Gutted World)

Pharengii was the Portuguese term during 15th century Europe, closely meaning "foreigner that trades". Farangi is Persian for "Foreigner" or "Westerner".

Retrieved from "https://memory-beta.fandom.com/wiki/Ferengi_history?oldid=496401"
Community content is available under CC-BY-SA unless otherwise noted.