Captain Sisko and the crew of Deep Space Nine make their triumphant return to comics! When the station begins to be overrun by thieves, treasure-seekers, bounty-hunters and other assorted ne'er-do-wells, Major Kira and Constable Odo must find out why. Can they get to the bottom of it before the station's new visitors bring things to a boiling point?

The spacecraft Luck of the Draw arrives at Deep Space 9, and the occupants Portafoy and Quinn meet with Quark. Meanwhile, Captain Captain Sisko is surprised that no Dominion invasion has occurred, given their recent encounter with a Changeling on the Defiant. Major Kira brings Sisko data that shows that visitor arrival numbers to the space station have increased dramatically in the last few days but few are departing. Sisko is hopeful that this is is positive news. Quark is certainly pleased with the increase in patrons to his bar. Odo shares Kira's concerns, and he and Chief Miles O'Brien determine that their visitors are looking for something on the station. A fight breaks out in Quark's Bar and Quinn accidentally shoots Jake Sisko with a concealed weapon. His injuries are minor and Sisko realizes that Kira's warning was justified and that they need to find out what is going on.

Luck of the Draw 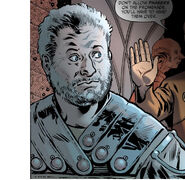 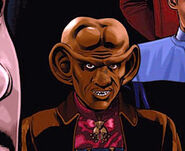 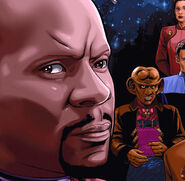 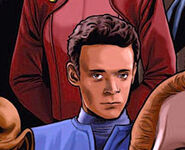 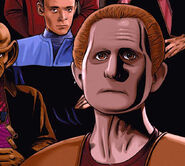 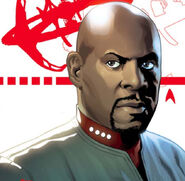 Luck of the Draw.

Luck of the Draw.