Deep Space Nine teeters on the brink of anarchy as swarms of treasure-hunters and mercenaries continue to flood the station. Major Kira and Constable Odo are on the case, and the investigation leads to a not-unexpected destination: Quark's Bar!

More and more spacecraft continue to arrive at Deep Space 9, but most of the arrivals are shady characters who claim their visit is just for sightseeing. Major Kira Nerys is in favor of closing the space station, but the Bajoran Provisional Government wants concrete evidence before they take that action.

Chief Miles O'Brien determines that damage to the station by the visitors is not mindless vandalism, it appears that they are searching for something.

Meanwhile, Jake Sisko is recovering in the infirmary after being shot in a fight on the Promenade. Doctor Julian Bashir expresses his concern to Captain Benjamin Sisko that more violence will leave him and his medical staff overwhelmed.

Sisko contacts Gul Dukat, who is aware of the increased visitor numbers, but claims to not know why.

Kira and Odo decide to interrogate Quinn and Portafoy to find out why they are on the station. The pair reveal that Cardassians stationed on Terok Nor during the Occupation of Bajor stole precious metals and jewels and hid it somewhere on Bajor, leaving instructions on the station on where to find their hoard. That is what the visitors to the station are looking for.

Luck of the Draw 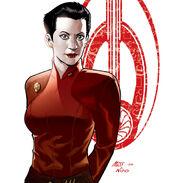 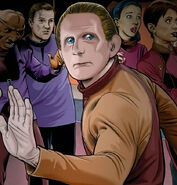 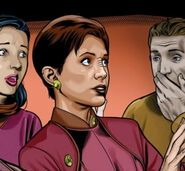 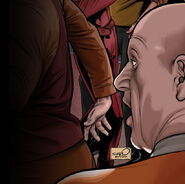 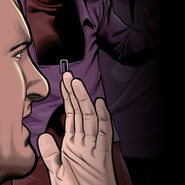 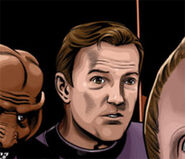 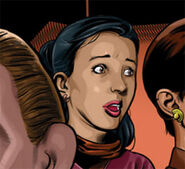 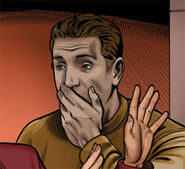 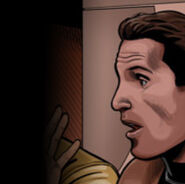