The inventor of the technology that will give the Earth the transporter and the holodeck, caught in a web of betrayal, is beamed into space toward a dangerous rendezvous three hundred years in his future...

...as the crew of the USS Enterprise tensely prepares for an encounter that may erupt in new waves of interstellar war, when the Federation can least afford it. What they don't need now is a distraction—or another crisis.

Colin Blakeney, 21st century inventor of the technology that will give the Earth the transporter and the holodeck, is the victim of a treacherous attack that beams him out of his world... and into forever.

Three hundred years later, the crew of the USS Enterprise NCC-1701-E spot a stray transporter beam in deep space. On their way to an encounter with the Palami — a hostile race that may be preparing for interstellar war — Captain Picard and crew have other things on their minds, but realizing there's a living being inside the wayward beam, they bring it aboard... and encounter a mystery for the ages!

Captain's log
We are enroute to a meeting with the Palami race, who after fifty years have appealed for release from their punishment quarantine. On most Federation worlds, public opinion runs heavily against forgiving the Palami for the biological crime they committed two generations ago, but we are bringing a Federation envoy to hear their request.
The Ambassador seems unlikely to agree to end the quarantine. After all, the Federation is at war. Our struggle with the Dominion is going badly.
The Ambassador has a point. Our thoughts are many parsecs away, where the rest of the fleet is suffering and dying alongside our Klingon allies, battling against merciless battalions of Jem'Hadar. Our crew feels strange to be sent away from the front.
But Starfleet Command says they depend on the Enterprise-- and a few others like us -- to handle urgent matters elsewhere... To race around the Alpha Quadrant, dealing with emergencies... Holding the Federation together while every other resource is thrown into battle.
And yet... Is this mission to the Palami an "emergency?" It seems so routine. Another diplomatic chore. I can't help feeling we'd be more useful at the front.
Meanwhile, our research staff continues to investigate the rogue transporter beam we intercepted in deep space., an event so unlikely that it is unprecedented in Federation history.
I wonder. How long did that narrow beam flow across the vast gulf between stars, a frail ripple in space. It's hard to imagine... A living being, dissolved and encoded as pure information, then cast to drift at light-speed across the galaxy. What were the odds against the it ever being recovered.
Did we salvage it in time to restore the full person.
I can't help wondering... As the encoded wave traveled for so many years... Did it beam?
Dr. Crusher informs me that our unexpected visitor is human. But beyond that, he remains a mystery.
Captain's log, supplemental.
We have reached the outer layer of the Palami Quarantine Zone, surrounded by layer upon layer of sentinel drones, set in place more than a century ago to prevent a pariah race from ever again escaping the confines of their solar system.
What the Palami did to our ancestors cannot easily be forgotten, even if their crime arose from carelessness, as they claim, and not malicious intent. Federation Ambassador Kuhlan seems determined to reject the Palami request. She claims -- and many agree with her -- that this is not the time to let loose a species that proved unpredictable and dangerous in the past. Not while we are still recovering from the damage done by Borg incursions and waging a desperate struggle against the Dominion.
I can see her point. One more heavy blow could fracture the Federation. We don't need trouble right now. How much easier it would be to leave the quarantine in place until the Alpha Quadrant is safe again.
And yet, almost a century has passed since the Palami plagues. Their present generation had no part in the disaster. I cannot help wondering if we are compounding their crime by insisting on this harsh curtain of permanent separation.
Meanwhile, Doctor Crusher has been exploring possible ways to help our mysterious visitor from the past. Enlisting aid from Commander Data and Counselor Troi, she hopes to try an experimental technique she observed at Starfleet Medical.
Beverly proposes using facilities of Holodeck to tap his subconscious and replay the events leading up to his being beamed into space.
The techniquei involves creating a complex and delicate neural feedback-loop., reacitng swiftly to the patient's empathy field, letting him control the holodeck with his deep expectations of what his "normal" world was like. Mr La Forge is even now working on a technical solution to the problem of translating subconscious electronic impulses from the patient's brain into holodeck images.
It sounds a little dangerous. But Doctor Crusher says there may be no other way.
Captain's log, supplemental.
I have increased alert status aboard the Enterprise as the mysterious Palami armada approaches. Clearly the Federation should have paid more attention to this system, instead of consigning it to quarantine...
Meanwhile, Dr. Crusher's experiment on the holodeck continues, using empathy feedback to simulate events from three centuries ago, when our unexpected guest somehow became a castaway in space and time...
Captain's log, emergency entry.
We have suffered damgae from an explosion just as the Palami fleet arrived within phaser range. Could this be the start of war?
Captain's log.
Three days after the crisis at the barrier, things have finally settled down. Starfleet sent a full mission to discuss entering diplomatic relations with the Palami.
And emissaries from the Federation Science Academy have come to escort Colin Blakeney to Earth, for education about his new world -- and long overdue recognition of his genius.
He will take along the man who tried to murder him... and who delayed the discovery of a true transporter by fifty years.
Would I be able to forgive, under circumstances like those? We are used to thinking that our ancestors are primitive. But some of them could teach us a thing or two about the true humanity.
Meanwhile we are discovering another dimension to forgiveness through the Palami.

2012
Tragic disasters on Earth prompted formation of the Global Transportation Consortium.
2052
Chimpanzee Harry was successfully transported.
2052
Colin Blakeney and George Pimintel were dematerialized and beamed into open space.
circa 2325
Palami plagues devastated Andoria and other Federation planets, including Earth.
circa 2325
Palami Quarantine Zone established by the Federation.
2375
USS Enterprise-E brought Federation Ambassador Kuhlan to meet with the Palami.
2375
Blakeney's transporter beam was intercepted by the USS Enterprise-E shortly before being disintegrated in the Palami star. 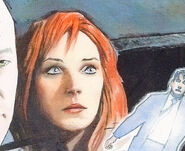 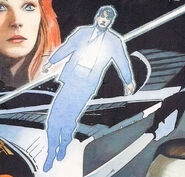 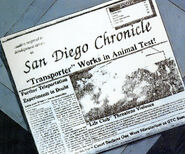 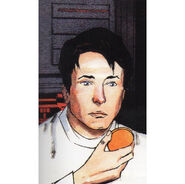 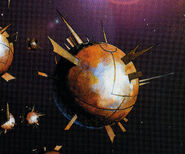 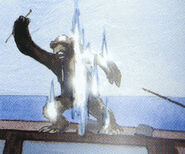