The galactic barrier is an energy field that surrounds the Milky Way Galaxy, delineating the border between the galactic material and the intergalactic void. The barrier appears as a purple/pink band of energy, and has been encountered several times by Earth and Starfleet vessels.

By one account, the Galactic Barrier was an artificial construct and dated its creation at around four billion years ago. It was speculated that the Galactic barrier was created by the Progenitors when they came under assault by the Totality. This led to the ancient race's downfall, but protected the younger Humanoid species that they had seeded on thousands of worlds. (TOS novel: Captain's Glory)

The barrier was specifically polarized over 500,000 years ago by the Q Continuum as a means of containing 0 in the void between the Milky Way Galaxy and the Andromeda Galaxy, thus protecting the Milky Way from his evil influence. (TNG novel: Q-Strike)

The barrier did receive a significant influx of psionic energy during a dispute between Q and Trelane. (TNG novel: Q-Squared)

In December 2069, the Earth vessel SS Valiant was swept into the barrier after encountering a magnetic storm. Contact with the barrier left six crewmembers dead and chief engineer Geirrod Agnarsson was transformed into a psionic super-human after a disorientated Q possessed him. After Agnarsson killed several security guards, Captain Carlos Tarasco had no choice but to order the destruction of his own ship, after all crew had left via escape pods. Unfortunately, only 12 crew managed to survive the explosion and they soon began to develop psionic abilities due to their close proximity to the barrier. (TNG novels: The Valiant, Q-Squared; TOS episode: "Where No Man Has Gone Before")

In 2265, Admiral Saylor of Starbase 33 ordered the USS Enterprise to explore the edge of the galaxy, and even probe beyond the barrier. However, upon the Enterprise's arrival at the barrier, nine crewmembers were killed and two others began to change into super-human beings, as Q once again tried to reach out to their minds. (TOS episode: "Where No Man Has Gone Before" and TNG novel: Q-Squared)

In 2280, the Romulans established a secret base near the Galactic Barrier in order to study its effects. They had learnt that the barrier's power allowed it to give psychic abilities on humanoids. Romulan Star Empire scientists eventually discovered a means of leeching the barrier of its power and bestowing it on their test subjects. Their base of operations and their experiment was found out about by Vulcan spy Xon whose true nature was discovered which resulted in his capture. The USS Enterprise was involved in a rescue attempt and during the skirmish, the Romulan ship was lost in the barrier where its scientific discovery was lost to the Empire. (TOS comic: "Blood Fever")

Sometime after the Borg had attacked El-Auria, Delcara acquired a small one-person ship and used it to cross the barrier. Delcara managed to locate the Planet Killer that had been left by the Preservers after their war with the Borg. By the mid-24th century technology had improved to the point that ships stood a much better chance of surviving an encounter with the barrier, but even then there was little interest in exploring space beyond the barrier as it would take centuries to cross the void between the Milky Way and Andromeda galaxies. (TNG novel: Vendetta)

Following a battle with Trelane in 2370, Q was sent back to the initial creation of the barrier, and was turned into a non-corporeal entity by Trelane. Being in a deeply disorientated state, Q became trapped inside the barrier until the 23rd century. (TNG novel: Q-Squared)

In 2381, the Caeliar tanwa-seynorral Ordemo Nordal told Troi that they chose our galaxy for their research as it had sheltering effects no other Galaxy possessed. When asked to elaborate, he referenced the galactic barrier that surrounds the Milky Way, cryptically stating that beyond our galaxy, "there are many powers of varying degrees of malevolence. The only sanctuary we've found from their malicious interferences has been here, within the protective embrace of the galactic barrier." (ST - Destiny novel: Mere Mortals) 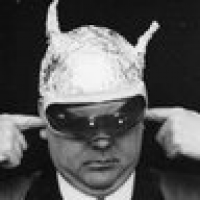