2255, 2265
Where ONE man has gone before – "Gary" was the 64th issue of DC Comics's second monthly TOS series, published in October 1994. Written by Kevin Ryan, drawn by Rod Whigham and Arne Starr, it recounted the story of James T. Kirk and Gary Mitchell's visit to Dimorus, with a framing story set just after the events of TOS episode, novelization & comic adaptation: Where No Man Has Gone Before.

Letter column teaser
The hardest thing any commander has to do is to tell the parents of a shipmate that their child has been lost in action. For Jim Kirk, it is an even harder task as he tells the parents of his best friend, the one who saved his life, how he died. Kirk finds it better to tell them instead how Gary Mitchell lived.

While the Enterprise travels to Earth for Gary Mitchell's funeral, Captain Kirk tries to compose a letter to Gary's parents. Unable to write the truth about Gary's death, Kirk instead writes a story about an adventure that Kirk and Mitchell had aboard the Farragut.

Captain's log, USS Farragut, Captain Stephen Garrovick recording.
We have just received an urgent distress signal from the planet Dimorus, where a Federation anthropological survey team has been conducting a study on the native life. Because of the urgency of the message, I fear the worst.

Captain's log, USS Enterprise, Captain James T. Kirk recording.
Of all my duties as the captain of this vessel, there is none more difficult than the one I am about to undertake. Every time I perform this duty, I am reminded that it is my fault. It is because of my mistake or inability to anticipate something I should have seen, that one of my crew has paid the ultimate price.

I remember all too clearly the message we received when my father was lost. It was perhaps easier to hear that news from my father's closest friend, Captain Robert April, but I know now the cost of that message to Captain April. Because now, I must inform the parents of my closest friend that their son will never be coming home.

Mr. and Mrs. Mitchell, I will always remember the man who saved my life twice and saved us from shedding more blood because of our own ignorance. I miss Gary. I miss his friendship. But i honor his memory and his quest to remain open to the wonder of the galaxy.

It was that openness to new things, experiences and people that made Gary Mitchell a great officer and my closest friend. In the end, I think that openness may have contributed to his death, but through that death Gary gave his life in the service of Starfleet's highest ideal … to understand others.

Dimorus • the galaxy
Referenced only
Neural

The incident on Dimorus was also described in: 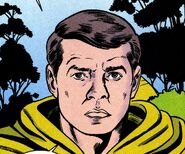 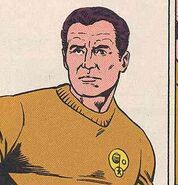 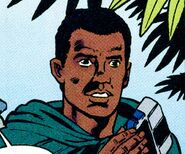 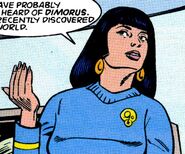 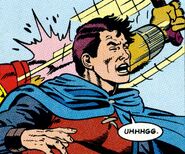 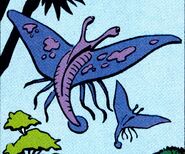