Gemworld, Book One of Two

Gemworld, Book One of Two is a Star Trek: The Next Generation novel by John Vornholt in the Gemworld duology, and the 58th book in the Pocket Books series of numbered TNG novels. This book was released in February 2000.

Dazzling to behold, Gemworld is one of the wonders of the Federation: an artificial world composed entirely of crystal, its atmosphere held in place by a sophisticated network of force fields. Home to a half dozen different sentient races, this singular world is a low-gravity playpen of mammoth spires, endless fractal staircases, gemstone arcs, and dazzling prisms, all carefully nurtured by the planet's many inhabitants—until now.

Lieutenant Melora Pazlar, who previously served on Deep Space Nine, is currently stationed aboard the Starship Enterprise where an urgent telepathic summons alerts her to the danger threatening her homeworld.

The crystals that once sheltered her people, and several other alien species, are now growing at a vastly accelerated and uncontrollable rate, wreaking havoc throughout the planet. Captain Picard orders the Enterprise on a rescue mission to Gemworld, but they arrive to find a world in chaos—and an unexpected menace that traps the crew of the Enterprise along with the fragile civilization they hoped to save!

Artwork for the book's cover was provided by artist Steven James. The original artwork was altered for publication for editorial reasons, correcting the color of Data's eyes and the arrangement of his rank pips and combadge. 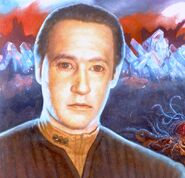 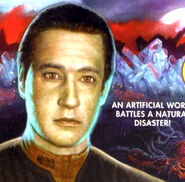 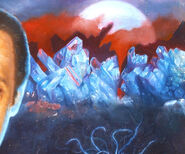 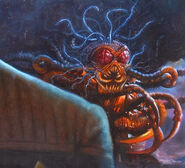