Start a Wiki
Gnomes, also known as the Kuwalden in their own language, are creatures from European folklore on Earth. They are basically human-like, although they're much smaller. They almost always wear reddish, pointed hats.

The USS Enterprise encountered what appeared to be the last colony of gnomes in the 23rd century. Despite initial illusions, it seemed that the last four gnomes were using their hats (actually advanced matter-rearranging devices) to create illusions and convert Federation colonists into Trolls, the traditional enemies of the Gnomes.

Their aim was to drive outsiders off the planet. (TOS comic: "There's No Space Like Gnomes'!") 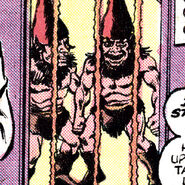 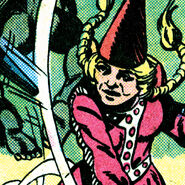 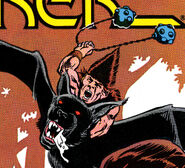 A gnome
Add a photo to this gallery

Retrieved from "https://memory-beta.fandom.com/wiki/Gnome?oldid=613838"
Community content is available under CC-BY-SA unless otherwise noted.