The Next Generation No. 11

2366
Gulliver's Fugitives was the 11th novel of the Pocket Books numbered series of Star Trek: The Next Generation books, written by Keith Sharee and released in May 1990.

While searching for the USS Huxley, a starship missing for over ten years, the Enterprise stumbles across a forgotten colony of Humans on a planet called Rampart—a world where fiction, speculation, and works of the imagination are considered the ultimate crime.

A survey team beams on board the Enterprise to search for "contraband" materials—and suddenly the crew find themselves plunged into the middle of a murderous civil war between a determined band of rebels and the planet's ruthless mind police. A civil war whose outcome will determine not only the future of the planet Rampart, but the life of Captain Jean-Luc Picard as well.

Troi puts herself into a trance in her quarters. Afterwards, she has no memory of why she did it, but senses the presence of aliens she terms the Otherworlders. The Enterprise finds no trace of them, but does locate a recording buoy from the Huxley, a ship that disappeared ten years ago and follows the trail to the planet Rampart, even though they are transporting First Federation representatives Oleph and Una.

Two Rampart officials, Crichton and Ferris, board the Enterprise, ostensibly to check for signs of disease before allowing them to search the surface. However, the "disease" is fiction and imagination, which the colony on Rampart has outlawed. Using their one-eyes, floating robots capable of reading human minds, they are able to capture Picard and beam him to the surface as a prisoner, leaving several one-eyes behind to sabotage the ship.

Riker, Data and Troi beam down to the surface, leaving La Forge in command, but Riker and Data are immediately captured along with a Dissenter named Amoret. Troi escapes and reaches a conclave of Dissenters who have adopted the names and personas of mythical and fictional characters, led by a man who calls himself Odysseus. They are able to use the fact that the authorities block any knowledge of anything not officially "true" to escape detection.

The prisoners are sentenced to have their minds blanked and new memories encoded, but Amoret, the first to undergo the process, manages to break the conditioning when ordered to carry it out on Picard. Troi joins the Dissenters in assaulting the city, during which Odysseus is killed but not before tricking the one-eyes into killing Ferris by tricking him into speaking fiction. The Enterprise crew manage to take care of their one-eyes, partly because Wesley comes up with the idea of turning them into dark matter.

Data is able to reprogramme a one-eye to help the Enterprise beam the away team aboard. The Dissenters are rescued by a flock of native animals, the haguyas. The sight of them causes Crichton to remember his true identity of Alfred Bowles, captain and sole survivor of the Huxley. He is retrieved by the Enterprise, while many members of Cephalic Security defect to the Dissenters after the incident. Troi discovers her impression of the "Otherworlders" was actually a result of her viewing a complete record of human myths that Oleph and Una collected. 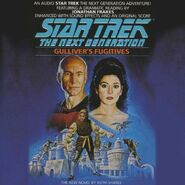 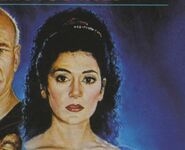 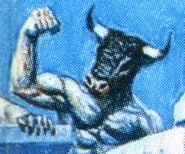 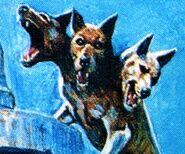 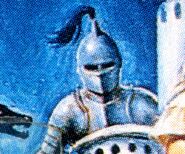