In the Sleep of Death, What Dreams May Come

In the Sleep of Death, What Dreams May Come

Perchance to Dream No. 3

Captain's log, stardate 48503.1
Chief Du're has transported to the Enterprise in order to try to determine how the Chova has been brought on board. Normally, I would assign Lieutenant Worf or someone else from security to aid it, but with the security staff depleted by the Chova, I have given Lieutenant Commander Data the assignment.

Chief medical officer's log, stardate 48503.8
Lieutenant Commander Data, Doctor Selar, and I have gone through the Damiano records regarding the Chova. While no direct way to combat the weapon was ever developed we have discovered that certain people were immune to the Chova's effects and could destroy the weapon.

Captain's log, supplemental
We remain in orbit around Damiano. Our mission to this Federation member planet was originally to both attend and provide additional security for the inauguration of Governor Ra'ch B'ullhy. Due to our success in the latter endeavor—preventing several attempts on Governor Ra'ch's life—the Enterprise crew has been targeted by the assassins. They have used security officer T'Mor as the vessel of an ancient Damiani telepathic weapon called the Chova. This weapon, which attacks through dreams and waking hallucinations, has devastated the security staff, as well as most of the Enterprise's senior staff. After extensive research into old records provided by the Damiano police, Doctors Crusher and Selar, aided by Lieutenant Commander Data, have only one solution to the problem. The only people immune to the Chova are those afflicted with multiple personality disorder—a case which hasn't been reported in the Federation for decades. However, my own experiences with the Kataan probe, Ambassador Sarek, and the Borg have, according to Doctor Crusher, given me the makings of an MPD. I am therefore volunteering to undergo a mind meld with Doctor Selar in order to bring the suppressed personalities of Kamin of Kataan, Sarek, and Locutus of Borg to the fore. 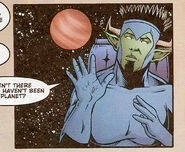 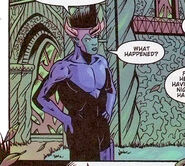 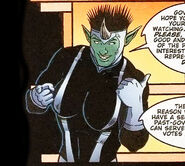 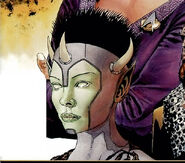