From solicitations
The first-ever event in IDW Publishing’s history crosses over into the Star Trek universe with this two-part, bi-weekly series! A routine visit to a colony world takes a horrifying turn when Admiral Kirk, Mr. Spock and Dr. McCoy find themselves surrounded by hordes of the undead! Spinning out of the pages of last month’s INFESTATION, this series takes the crew of the Enterprise into a dark and deadly new direction!

[A brief recap describes the events of IDW's Infestation #1, in which the zombified vampire Britt opened portals to four different dimensions to spread the zombie virus.]

Admiral's log, stardate 7493.5.
Doctor McCoy, Mr. Spock and I are en route to the colony world Calibus VII, where the doctor is to be honored for his recent efforts in curing the Appalian viral pox, which had been ravaging this system for months. The Enterprise is continuing on to Starbase 37 for a resupply stop, and will rendezvous with us on Calibus in five days. I've long heard that Calibus was a beautiful world, a virtual paradise. I look forward to seeing it for myself. If only everyone aboard were excited about the visit...

McCoy regards the trip as a waste of time, not feeling he needs a medal for doing his job. As shuttlecraft Conrad approaches the planet, Spock is unable to contact the colony. The shuttlecraft lands in the colony's "town square"; Kirk, Spock, McCoy and the three security guards accompanying them disembark with phasers drawn. The group splits up to search for the colonists, whose last transmission was received by the Enterprise fourteen hours earlier.

Two of the security guards, Padilla and Barnes, find a gray-skinned colonist who appears to be dead. Just as McCoy confirms the diagnosis with his tricorder, the man lurches to his feet, scratching Padilla on the hand. The security guards and Spock attempt to phaser-stun the man, with no effect. The six Enterprise crewmen retreat, but more lurching, gray-skinned figures appear behind and around them. As they take cover in a building, McCoy realizes that the creatures are the colonists.

Inside the building, two more figures lurch toward the group, but Kirk knocks them out with a wooden plank. Kirk refuses to let the security men set their phasers to full power, hoping that McCoy can find a cure for the colonists. Since phasers on stun have no effect, the group arm themselves with more makeshift weapons before leaving the building. As they head for the colony's administrative center, Padilla lags behind. Checking to see what is wrong with him, Barnes is attacked and bitten by Padilla, who has become like the colonists. Lieutenant Emigh, the third security guard, is unable to pull Padilla off Barnes, but Kirk strikes Padilla with a plank and the other five escape, Emigh helping Barnes along. McCoy now realizes that the colonists' condition is "like a virus".

The five men hide in a storage unit, where McCoy examines Barnes. The virus is coursing rapidly through his system, although it takes longer to affect him than it did Padilla. McCoy, powerless to help, can only speculate that Barnes may have a stronger immune system before the security man turns gray and falls to the floor, apparently dead. Kirk decides to leave before Barnes gets up again. As they emerge from the storage unit, a diseased colonist appears behind McCoy; pushing the doctor out of the way, Emigh is bitten on the neck. Spock knocks the colonist aside with a metal bar. McCoy tries to thank Emigh, who urges him and the others to leave before he changes.

As Kirk, Spock and McCoy proceed toward the administration center, they see Padilla and Barnes heading toward the Conrad. Spock speculates that the colonists are acting on instinct, and that Padilla and Barnes' Starfleet training may make them instinctively able to operate the shuttle. Padilla and Barnes remotely activate the shuttle access and launch sequences, which Kirk is unable to override. McCoy points out that they could spread the virus to the Enterprise if they take off. Kirk sends Scotty a subspace message ordering him to bring the Enterprise to Calibus VII, but to destroy the Conrad if it approaches the Enterprise. He tells Scotty not to send down a search party if he cannot contact them, but to issue General Order 7 and contact Starfleet Command. Kirk, Spock and McCoy fire on the Conrad, destroying it and stranding themselves on the planet.

Kirk tells Spock and McCoy that the Enterprise will reach them in five days or less, and that they must survive until then. They proceed to the administration center, where McCoy finds nothing to help him figure out the disease. Spock transfers data from the colony's memory core onto his tricorder. He detects a power spike at a facility five kilometers away. The three men leave the settlement and head toward the facility through the countryside, but are pursued. They see a deer-like creature which has contracted the virus, and are then attacked by a group of diseased colonists. Fighting them off, they reach the facility; as Spock tries to unlock the door, the colonists push over the facility's fence and advance toward them. Over McCoy's objections, Kirk finally orders phasers set at maximum and fires on the colonists.

9 February 2011
First published by IDW Publishing.
September 2011
Included in the omnibus Infestation, Volume 2 along with IDW's Ghostbusters and Zombies vs. Robots/CVO Infestation finale.
July 2014
Collected in the Infestation Omnibus as part of all IDW's Infestation crossover stories. 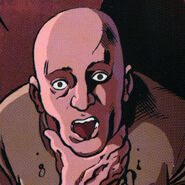 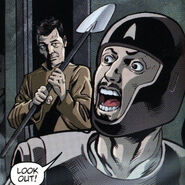 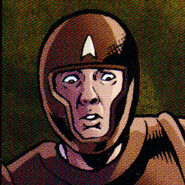