The Original Series (US Comic Strips) No. 8

Unknown
"It's A Living" is a Star Trek: The Original Series comic strip. It is the eighth story in the US Comic Strips series, published in 35 daily installments by the Los Angeles Times Syndicate in 1981. The story was set after TOS movie: The Motion Picture, depicting events from Captain Kirk's second five-year mission aboard the refit USS Enterprise. In this story, Captain Kirk runs into Harry Mudd on a mining planet.

After a brief layover for recalibration of our inertial platform, we are leaving Starbase 22 on a heading for Argus IV, to investigate seismic disturbances that may imperil a mining colony there.

Commodore Cobb of Starbase 22 calls as they are leaving orbit, alerting Kirk that a long-range shuttle has just arrived with a VIP passenger, endorsed by Admiral Nogura himself.

Our mission to investigate seismic disturbances at the Argus IV mining colony is delayed by orders to take on a passenger, with a letter of transit signed by Admiral Nogura.

Joining the crew is Jo Williams, "best-known broadcast journalist in the quadrant," who is preparing a documentary about Starfleet after budget cuts "left Starfleet under-allocated." Six days later, as the Enterprise settles into orbit, Nyota Uhura is unable to contact the colony. Beaming down, Kirk, Spock and Williams discover that a recent earthquake took out the subspace communication transmitters at the thermium mine. Its foreman and previous owner Max Vargas introduces them to the new owner of the planet... Harry Mudd. Another violent quake hits, and Kirk orders everyone off the planet. Though he is a wanted man, Mudd warns Kirk that he cannot be extradited from this sector.

Spock detects massive life readings below the surface. After a few more quakes, the planet begins to break apart, with massive tendrils extending outward and unfolding at least 30,000 kilometers wide. The planet is an egg hatching a huge creature. Spock theorizes the egg could have been put in orbit by a parent for solar warmth, and its motive power appears to be "heliogyro, photon drive."

Mudd sells back the planet before Vargas knows its fate. But Spock points out that with the planet's crust now scattered, its thermium can now be towed away without having to mine it first, making Vargas very wealthy. Mudd thwarted himself. As the creature moves off, the Enterprise launches sensor probes to follow it. Kirk jokes that he doesn't want to find out firsthand what it eats.

Kirk: I hope your documentary will correct the popular image of Starfleet. We're just people, doing a job... But the public views us as heroic figures, battling mysterious alien forces... like characters in a 20th century comic strip.
Williams: You could have fooled me. 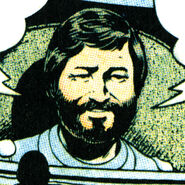 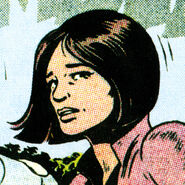 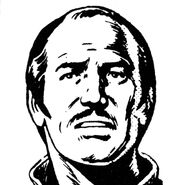 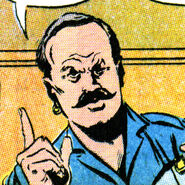 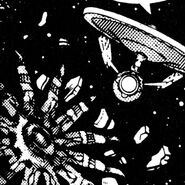