The Original Series, Ongoing No. 58

Legacy of Spock No. 4

Previously in Star Trek…
The Vulcan people seek a new home after the destruction of their planet by the Romulan terrorist Nero. Now, with the backing of the Romulan Empire, two survivors of Nero's crew are determined to wipe out the last surviving Vulcans. Ambassador Spock has done all he can to save his people, but it may not be enough...:

The long feud between Vulcans and Romulans looks to finally be settled in battle over Ceti Alpha V. And it looks to be a victory for the Romulans. On the surface, Spock can only watch in despair. As Sarek comes to take him back in the camp, he explains that the refusal to contact Starfleet stems from the belief that Starfleet already failed them. A decision that is not only disturbingly emotional but suicidal considering the Romulan's final weapon. Aboard the runner, Arix offers to pull the trigger himself but Vella insists on staying with him. They have no one but each other in this reality and their place is with each other.

In the Vulcan camp, the Elders watch their fleet be cut to pieces and debate what to do before a signal comes in from orbit: It is James T. Kirk aboard the USS Enterprise. Though the firepower of a Constitution class is enough to throw the Romulans into chaos, T'Pah asks that Kirk withdraw and not risk his ship for them. Kirk counters that the Romulans violated the borders of the Neutral Zone and that more ships are on their way. Spock takes over the conversation and warns Kirk of the red matter. As three more Starfleet ships arrive, the Romulans cut their losses and break off save one ship. Vella launches a course directly at the Enterprise before Arix applies the Vulcan nerve pinch and renders her unconscious.

Arix flies away and sends out an open communication. No matter the universe, the Federation and the Romulans are enemies. History and circumstance dictate only war between the two parties. And yet...Arix is not a warrior, merely a humble miner. One who never wanted anything more. And now he has seen enough death that his choice is clear. Understanding, Kirk lets him go and, away from anyone, Arix detonates the red matter while cradling Vella.

On the surface, Kirk explains that though the Romulans have been scared off, it isn't a good idea to put down roots on Ceti Alpha V, knowledge he inherited from Spock during their mind meld. T'Pah is skeptical as ever and Spock invites her, invites all of the Elders, to mind meld with him and confirm his story. And thus Spock opens his mind and shows them just enough of his life and adventures to convince them of his good intentions.

2259 , New Vulcan has been established on the second planet of system Simon-316. Though half the size of the original, its climate and topography are remarkably similar to Vulcan's own. It feels, like an ornery doctor might say, "just like home." And indeed it is the last home Spock will know in his life. But it has not been a wasted life, the future of his people is secure, the Vulcan population continues to grow and their standing in the Federation is as strong as it ever was. As for him, he has been blessed with a long life. And, by every measure that truly matters, a most prosperous one.

5259, a Vulcan father has brought his daughter to the valley of statues and points out Spock's, one of the greatest of all Vulcans. The daughter is skeptical of his greatness given how his life-size monument looks in comparison to its mountainous companions. The father explains that, according to legend, when Spock was approached for a monument his only request was that it match him in size. To be otherwise, he said, would simply not be... 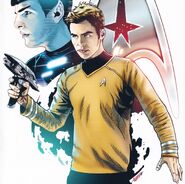 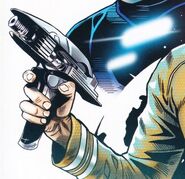 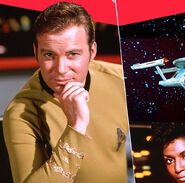 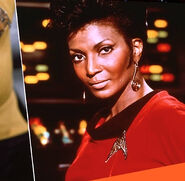 Retrieved from "https://memory-beta.fandom.com/wiki/Legacy_of_Spock,_Part_4?oldid=671352"
Community content is available under CC-BY-SA unless otherwise noted.