The Animated Series No. 5

Marooned on the strange water world of Argo, Kirk and Spock are in incredible danger... pursued by a hideous sea monster!

Spock is desperately ill with a disease fatal to Vulcans... only a miracle can save him!

The Skorr are on the warpath... threatening to launch a holy war against the rest of the civilized galaxy! 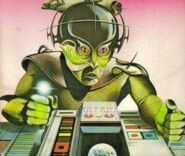 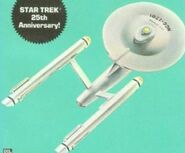