21 December 1970; 2271
"Medics" was the third issue of John Byrne's TOS miniseries Leonard McCoy, Frontier Doctor. This story was a sequel to two of Byrne's previous stories, TOS - Star Trek: Assignment: Earth comic: "My Name Is Legion" and TOS - Crew comic: "Shadows of the Past", continuing the adventures of a society of Human clones sent to Alpha Tau IV by the Beta 5 computer in the 20th century and discovered by the USS Enterprise in 2248.

From solicitations
A planet at war — but all is not as it seems. Especially not when Dr. McCoy finds himself face to face with someone who seems to be from the wrong century! This issue picks up threads from both the Assignment: Earth and Crew minis. Features two covers by Byrne, including a single-panel “gag” cover. 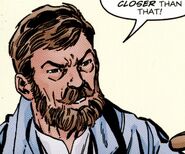 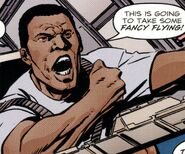 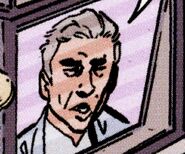 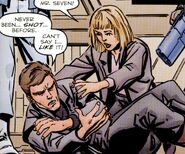 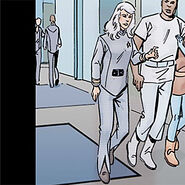 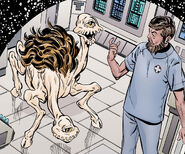