This page is meant to be specific to the style of the Memory Beta. Wikipedia:Style should also serve as a guideline, but it is not required reading before contributing to this wiki. It is also a good idea to consult similar existing pages for typical layouts headings and templates. See featured articles for examples of what the community considers to be well-made articles.

Articles about subjects within the Star Trek universe should be written from an in-universe perspective and in past tense, assuming everything within the universe is real and all those events occurred in the past. This also applies to real-world subjects in-universe; for instance, the article on mining is written from the in-universe point of view, rather than a general real-world article on mining (for which one should consult Wikipedia).

On the other hand, production-related real-world articles should be written in the present tense from a real-world point of view.

It is very important for contributors to provide complete and accurate citations for all additions; these should be added to the end of each paragraph or section where the citation occurs. There are templates available to maintain standardization and to allow easy addition of citations:

Most of the above templates feature an additional optional field to input a miniseries or anthology title:

For magazine articles, the format is altered slightly:

Images should be place using the thumb format. For instance, [[File:USS Enterprise.jpg|thumb|The USS ''Enterprise'']] creates the image to the right. Thumbnail images automatically appear to the right of the page (but can be set left if it would benefit the layout of the page) and are set to the user-configured image size. Because of this, editors should avoid dictating an image display size for thumb images, unless it is necessary for the image to be fixed at one size only for some purpose on the page. For especially tall images, users should also use the "upright" command, which scales the image by taking into account its vertical dimensions as well.

Images placed in sidebars at the top of the page should not be thumbed and should be set to 220px.

Though the emphasis of Memory Beta is non-canon material, it is encouraged to include canon information where appropriate. For example, "USS Bozeman (NCC-1941)" includes a brief synopsis of the TNG episode Cause and Effect to explain the Bozeman's history, but the purpose of making the article was to note that she later appeared in The Return.

Linking to other sites

While researching other sites is encouraged for completeness, plagiarism is forbidden. If another site, such as Memory Alpha, has a more complete article, link to it at the bottom of the article. Do not link to an external page about another topic within the main text of an article. Instead, make a wikilink to that topic, even if it doesn't exist yet.

Articles should be added to any categories they fall under. A complete list of categories can be found at Special:Categories. Most categories are also listed by theme in the wiki's supercategories: Culture, Characters, Geography, Politics, Science, Star Trek and Technology. To add an article to a category, type [[Category:Name of category]].

Novels (including eBooks) should always include the template {{novel}}. The template below generates the box at the right. When creating an article for a novel, use this example as a guide.

There are a number of other templates available, many with instructions.

The following is a standard template for a story page. Details of exactly what should be placed under each section are described in the guide below. This template should be adjusted for the media type: prose works do not commonly have illustrations so will not require the images section, and short stories rarely have external links, etc.

See Memory Beta:Featured Articles for examples of exemplar articles and their use of the formatting.

At the top of the page, a very brief description of the story can be placed, to give a very basic outline of its position amongst other Star Trek stories, but please, no spoilers here. For example, on the page for A Singular Destiny:

A Singular Destiny is a 2009 Star Trek novel by Keith R.A. DeCandido. The novel is the first of several books set after the Star Trek: Destiny trilogy, exploring the fallout of the Borg Invasion. The book centers around the character of Sonek Pran, a Federation diplomat, and his mission on the USS Aventine.

If the story has an official blurb it should go in this section. For novels, this might come from the back of the book or the dust cover, while for comics it might be sourced from solicitations. The source of the text should be identified and emboldened, with the blurb itself indented and italicized below using the ; and : syntax:

A longer summary highlighting the key elements of the story.

A horizontal listing of references, spaced with •, subdivided under the following headings:

If any section becomes large, then you may wish to add additional sub-divisions to that section. For instance, dividing characters by their posting or affiliation, or making separate section for locations in space or on a planet. In these cases, use something like the following:

If the "other references" section becomes too long, then additional subcategories may be used to break it up: "Foods and drinks", for instance. Additional section titles will also be determined by the type of references listed.

Sub references should be contained within parentheses. Such references include specific races within a species, words in a language and so forth:

It should be noted whether subjects were actually featured in the story or merely referenced. For instance "The strange new alien rather reminded the Captain of a Gorn", references a Gorn without one actually appearing in the story. Subjects like this should be listed in a sub-section of the parent section, headed with the {{ref}} template:

This distinguishes between races that appeared in the novel and those that were merely mentioned or referenced in exposition or dialogue.

This section details how each story fits into the in-universe chronology and production history and includes two sub-sections. Both sections may feature a brief introduction giving an overview of the timeline. For instance, information about where the novel is mostly set and when it was first released would be a good addition here.

This section includes the in-universe {{timeline}} template, detailing how the story fits into the chronologies used on Memory Beta.

This section is used to collect information about the page, listing background information, related stories, and links, internally and externally, to related articles.

Information should be in a bulleted list (add * to every line) of facts and information not included elsewhere on the page. Information on production, availability, continuity problems and any other facts relevant to the page should be listed here.

The appendices section can accommodate many different features, such as quotes and internal link navigation boxes. Some other common sub-sections of appendices include:

This section covers information on the production of the story, how it related to other publications, and other miscellaneous background information. It may include the following sub-sections as required:

This sub-section should list related stories, for instance if the novel was a sequel to an episode or the only other appearance of certain species.

The relations can be linked either by individual stories, for example on the Unity page:

Or alternatively if there are a lot of linked relations under the linked theme, for example on the Probe page:

Navigation boxes may also be placed in this section, for instance a listing of a miniseries a given story is a part of.

For episodes, comics and games there might well be images on the wiki; these can be displayed in a gallery on the page. For instance from "The Fires of Pharos", this generates the gallery below: 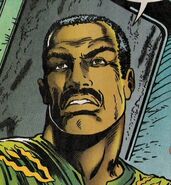 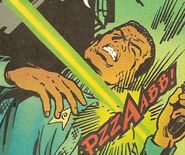 Note, appropriate images should be placed within the body of the summary, with the Images section giving a place for any additional images.

A bulleted list of external links with brief descriptions. Some suggested sites for linking to are:

In-universe articles cover a broad array of subjects, so there is no one correct way to organize a page. One should seek to maintain a site style, though, so it is best to consult similar articles for an idea of existing layouts. Some things are consistent across in-universe pages. All articles must be cited, and all articles should begin with an introductory paragraph giving an overview of the subject. After the intro paragraph, the article should continue describing the subject in greater detail and with sub-sections detailing specific elements, where appropriate.

Detailing background information on a subject; how it appears in Star Trek productions, continuity issues, detailed analysis of sources, behind the scenes information, etc.

Navigation boxes should be placed in this area.

Editors may wish to include a selection of quotes on character pages, they should be placed here.

A comprehensive listing of what stories the subject appears or is referenced in, listed in order of publication. This is not an alternative to in-line citations, but a tool for seeing how a subject has been used over time. References should be marked after the title as (referenced only), or alternatively the list may be split into two sub-sections independently listing appearances and references.

For pages utilizing the tag citation system (see Memory Beta:Cite your sources for instructions on use), the reference repository should be placed here.

Any information from unlicensed or unpublished sources should be detailed here.

Links to other websites should be placed here.