32
Mirror Broken (Prelude) is the first issue of the The Next Generation's miniseries, Mirror Broken, set in the mirror universe.

Return to the Mirror Universe with the Next Generation crew in a way you've never seen them before in this prequel to the upcoming Star Trek: The Next Generation miniseries, Mirror Broken! Captain Jean-Luc Picard will stop at nothing to get his hands on the Terran Empire's newest starship, the Enterprise-D. And no one had better stand in his way...
In this special prequel to the all-new miniseries out in May, Lt. Barclay makes some surprising decisions... and finds himself facing unexpected enemies and allies. But in a world where murder is a means to power, are allies merely enemies lurking in the shadows?

Space... The Final Frontier. These are the voyages of the I.S.S. Enterprise. Its continuing mission: to conquer strange new worlds, to enslave new life and new civilizations... to boldly go where no one has gone before!

The Terran Empire has seen better days, something best exemplified by the run down state of the ISS Stargazer. Ever since the weak willed reforms of Spock, the Terrans have been corralled by the Klingon-Cardassian Alliance into their solar system and left to die. Summoned to the bridge, Reginald Barclay ponders when to make his big move against Jean-Luc Picard as the captain assigns him to aid Natasha Yar in overseeing the escort of a few thousand Vulcan slaves. No sooner does Barclay reach Yar's station do the Vulcans begin rebelling. Barclay quickly manages to tie into the transport ships' tactical readouts only for Yar to destroy the ship. Though Barclay is aghast at the loss of so many slaves, the bloodthirsty security officer laughs it off.

As Barclay walks through the halls, Sam Klock lunges at him with a knife only for Data to save him. Not out of any sympathy, the two were in just in Data's way and Barclay was just more valuable to the Stargazer. But he doesn't fell Barclay owes him anything.

In the shuttle bay, Picard hosts an elaborate awards for Yar, finally sending Barclay over the edge. After the ceremony, he literally stabs Yar in the back much to Picard's approval. Killing all those slaves was a tremendous waste of the empire's already limited resources. She finally proved more trouble than she was worth and Picard needed her away from her loyalists for someone to strike her down. He hoped it would be Barclay. But now the Stargazer is in need of a security chief...

...does Barclay want a new job? 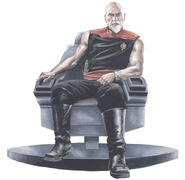 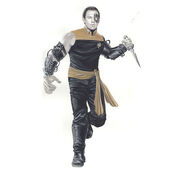 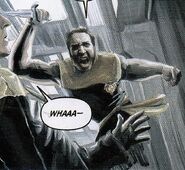