The heist is on! Jean-Luc Picard and his cadre of mutineers set their plan into action, with the spoils the greatest prize of all: the Empire's only Galaxy-class starship, the ISS Enterprise!

Space... The final frontier. : These are the voyages of the I.S.S. Enterprise. It's continuing mission: to conquer strange new worlds, to enslave new life and civilizations... To boldly go where no one has gone before!
In the other dimensional Mirror Universe, there is no United Federation of Planets, only a Terran Empire, where advancement comes through assassination, brutality is commonplace and kindness is a weakness The Terran Empire is on its last legs in its war with the Klingon-Cardassian Alliance, but Jean-Luc Picard has learned of a final chance for victory: a revolutionary new Galaxy-class starship that could turn the tide of the war. The Ship is called Enterprise, and Jean-Luc Picard intends to take it. Having assembled a crew of co-conspirators, including the Enterprise's first officer, William T. Riker, Picard puts in motion his masters plan to claim the ultimate prize: a warship that could tame the galaxy.

The promised day has come at last. The launch of ISS Enterprise-D, the newest warship of the Terran Empire and the key to restoring the galaxy to its rightful owners. The moment is ruined however by the insufferable captain Jellico ordering a crewman dragged off for retraining on account of his improperly pressed tunic. As a crewmember curses her bad luck for serving under such an ass, Riker notes that things may soon change.

In sickbay, Jellico visits the famed Beverly Crusher but bristles at her condition of bringing her mentally impaired son, Wesley Crusher, aboard. Testily, Jellico informs that Wesley has but one chance and if he interferes with his mother's duties...well...accidents happen. As he leaves, Wesley perks up, suddenly much more alert, and assures his mother all will be well.

On the bridge, the moment has finally arrived though Riker feels compelled to point out that once they leave the safety of the cloaking nets, they're liable to up to their necks in Klingons and Cardassians.

Aboard the ISS Stargazer, the senior staff goes over the final pieces of information. The Enterprise is not only operating with a skeleton crew, Jellico's attitudes have already gotten on the crew's nerves. As the Enterprise clears spacedock, Leah Brahms greets the invasion force. Handing out assignments, Picard has but one rule: No prisoners. The Enterprise crew either joins them or dies with their captain.

On the bridge, the ops officer notes that the command protocols are being rewritten. With that, Picard's elite force breaks in and vaporizes two officers. Jellico's orders to counterattack are ignored and he is led away. The Enterprise is Picard's.

In the halls, Data and Barclay intercept Riker. A man in Riker's position, flush with victory and confidence, might be tempted to push his luck. And if something were to happen to Picard, then logic would dictate Riker as the likely candidate. But this is not a threat. Just a friendly reminder of the facts.

In sickbay, Picard finds resistance in securing Crusher's loyalty, not least of all because of the lack of investigation into Jack's death. Picard then turns on Wesley, bluntly stating that he has never been fooled by the boy's act. With his ruse exposed, Wesley explains the mathematics of the mutiny to his mother. The crew assembled is the most vicious, dangerous and well trained in the fleet. With this ship, they could realistically take the fight to the Klingon-Cardassian Alliance.

Data drags the protesting Jellico to a cargo bay. Waiting for them is the command crew. After some empty threats on Jellico's part, the command crew exits the bay with Picard opening the doors and deactivating the protective force field.

As Jellico freezes and tumbles away, the Enterprise flies off to its conquests. 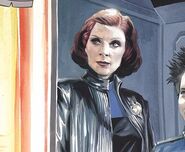 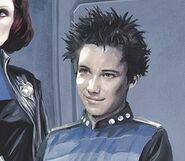 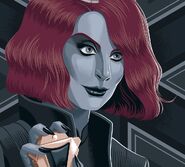 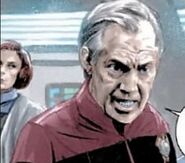 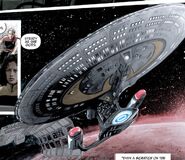