3475.3
Mission to Horatius is a Star Trek: The Original Series young adult novel by Mack Reynolds. It was published in 1968 by Whitman Publishing. It was their only Star Trek novel, and the first original Star Trek novel.

While exploring a new star system, NGC 434, Captain Kirk and the crew of the starship Enterprise find themselves in an adventure, from one planet to another.

They enlist the help of Grang, a local from NGC 434, to guide them through the system, all while attempting to find the runaway mouse "Mickey" on the Enterprise.

At the time of the story, Enterprise is due to return for a shore leave from a prolonged mission. The crew is beginning to get upset and prone to an outbreak of space cafard—a disease that is contagious and often deadly. The supplies and food are running low. However, the ship is unexpectedly diverted, instructed to pick up emergency supplies and to head to a remote section of space where Captain Kirk is to follow secret orders.

The ship is ordered to go to the distant Horatius system populated by anti-Federation colonists to check on a distress call. Upon arrival, the crew starts checking all three planets in the system. The first one, Neolithia, is the world free of modern technology and so low on development scale that its stone-age population is not even capable of sending a distress signal. The second one, Mythra, is a world populated by religious zealots and has normal radio-level technology, but denies sending a distress signal. Both planets, however, report attacks by mysterious "space raiders" who kidnap citizens and wreak havoc. Kirk decides to help, hopefully without breaking General Order Number One, and is joined by Grang, a resident of Neolithia.

The Enterprise heads towards the third planet in the system, Bavarya, which turns out to be a technologically advanced world with an unusually large population.

In the meantime, Doctor McCoy is trying to prevent an outbreak of space cafard. Also, Sulu's pet rat, "Mickey", escapes, and is believed to be a possible carrier of bubonic plague. 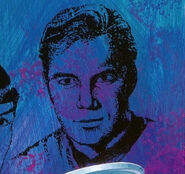 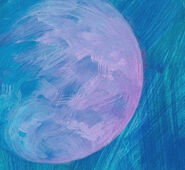 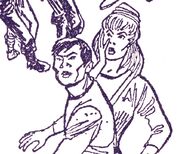 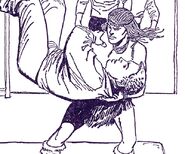