"Mudd's Women" was the third episode of Star Trek: The Original Series produced in the show's first broadcast season, and the fourth overall produced, first aired on 13 October 1966. The episode was written by Stephen Kandel, directed by Harvey Hart and novelized in Mudd's Angels by James Blish & J.A. Lawrence.

Collector's edition VHS release with "Where No Man Has Gone Before".

Overseas VHS release with "The Enemy Within" and "The Man Trap". 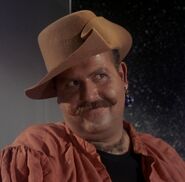 The surface of Rigel XII. 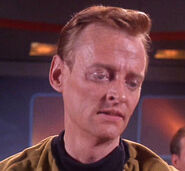