Museum at the End of Time

Museum at the End of Time

2453.2
The Enterprise crew and their enemies are trapped in a world that does not exist! — "Museum at the End of Time" was the 15th issue of the Gold Key Comics TOS series. Published in August 1972, the story was written by Len Wein and drawn by Alberto Giolitti.

Throughout time, there have been legends of missing ships — crafts that left their homes never to be heard from again! What happens when the famous starship Enterprise becomes one of these vanished vessels? Can Captain James T. Kirk and his companions, Spock and McCoy, rescue their craft from this timeless fate?

Surrounded by obsolete spaceships, Kirk, Spock and McCoy are welcomed to a bizarre museum by its Curator, who says they will never leave alive...

Captain's log, star date 24:53.2 – Our sensors have detected a Klingon battle cruiser trespassing in Federation territory, apparently on a scouting mission – we are commencing pursuit...

The Enterprise keeps losing the Klingon ship's signal. Sulu detects something else on the sensors, and the Enterprise encounters a cosmic storm. The ship is sucked into the vortex but slingshots out of it. Spock's readings show that the Enterprise is nowhere. A genial elderly man appears on the viewscreen and invites Kirk to follow his receiving beam; when Kirk hesitates, the man tells him he has no choice. The ship is pulled through the void to within sight of a giant chunk of earth floating in space, bearing an elaborate structure with many spaceships parked outside. The old man says this is the Museum of Missing Ships.

Kirk, Spock and McCoy beam over to the Museum, Kirk ordering Scotty to attempt to get the ship away if he does not hear from them in an hour. There is a breathable atmosphere outside the Museum, where the three officers are greeted by the old man, who calls himself the Curator, and his "bodyguard", a frightening yet friendly-looking creature named Hilliard. The Curator explains that the Museum was once located on Krugar III, which was destroyed by a comet. The land surrounding the Museum was carried into space and through "a hole in the stars". Inside the Museum are spacemen of many races, once the crews of the ships outside.

The Curator introduces Kirk to a human named Sprang and an alien with light blue skin, J'Karl. Sprang is interested to learn that the Federation has finally been organized. The Curator explains that they are in Limbo, "a place between places – a time without time." The spacemen whose ships strayed into Limbo have given up trying to escape. Suddenly, the crew of the Klingon ship enters the room, their commander declaring that Kirk is a dead man...

Captain's log, star date – None – Caught in the cosmic storm, the Enterprise has been hurled through a hole in space – and into the netherworld called Limbo! And to add to our problems, the Klingon battle cruiser has found its way here as well...

Hilliard attacks the Klingons, but is brought down by a sonic disruptor blast. Kirk, Spock and McCoy also attack; J'Karl wants to help them, but Sprang does not want to get killed. The three Enterprise officers are knocked out. As the group is led away to be guarded, J'Karl accuses Sprang of cowardice. Kirk, Spock and McCoy awaken to find the Klingons have taken their phasers and communicators, which their commander throws into an ancient vase. The Klingons do not realize they are prisoners in Limbo. Hilliard, still alive, frees the three officers from their bonds, and they retrieve their equipment and are beamed back to the ship.

Back on the Enterprise, Kirk explains the situation to Scotty, who beams aboard the Curator and some of the spacemen, including Sprang and J'Karl. Kirk offers them the chance to help defend the Museum; Sprang is still reluctant, but the others agree. Kirk leads them to Weaponry, but Spock remains behind to investigate some possibilities that have occurred to him. Kirk, the Curator and the spacemen return to the Museum and battle the Klingons. Spock arrives and grabs the Klingon commander from behind, securing a truce. The Enterprise computer has determined that Limbo will explode within hours, but that the dimensional gate to Limbo can be reopened if sufficient force is applied to a focal point.

Captain's log, star date 24:53.8 – Further investigation of the Klingon craft proved it was not hostile. We are returning to Star Base 9 for minor repairs – nothing unusual to report... 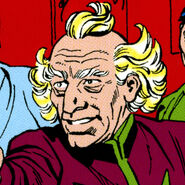 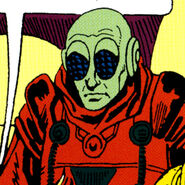 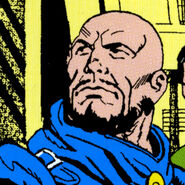 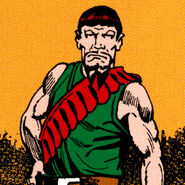 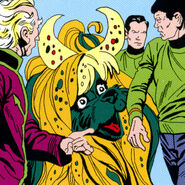 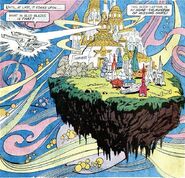 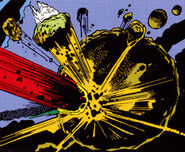