Mutiny on the Dorado

Mutiny on the Dorado

unknown
"Mutiny on the Dorado" was a 14-page Star Trek: The Original Series comic strip published in 1970. It was the 13th story arc in the UK comic strips series, released in seven parts within issues of TV21 & Joe 90. This was the first of four stories drawn by Mike Noble.

In this story, the USS Enterprise is sent after a border patrol ship whose crew had mutinied.

An assembly with all hands is held aboard the Federation border patrol ship Dorado. Its commander, Captain Louis Jago, has mistreated his small crew to such an extent that they are considering mutiny. Jago had assigned the crew to double shifts, then punished crewman Duncan with solitary confinement in the brig for ten days for having a dour expression. It was the last straw, spurring crewman Erhard Voss and his partners Kefford and Martin to incite a mutiny. Jago and five of his officers are sent off in a shuttlecraft. As a hostage, they keep the remaining officer, a Vulcan lieutenant named Horek. Seeking asylum from the Federation, they evade a Starfleet attack force and head for Scaptar, a border outpost of the Klingon Empire.

The Enterprise is alerted to the mutiny and ordered to stop Dorado before it can be seized by the Klingons, with orders to destroy the guardship if its crew do not surrender. The Enterprise intercepts the vessel, but the Dorado ignores hails and evades them. Kirk orders Hikaru Sulu to lock weapons and fire, but Spock countermands the order at the last moment, allowing the Dorado to escape. Spock confesses that he couldn't let the Dorado be destroyed because their hostage Horek is Spock's cousin. Kirk chastises Spock, saying Starfleet's orders are inviolable and that he intends to destroy the Dorado.

Seeing Enterprise close in on them fast, Voss jettisons the Dorado's main fuel. When the starship fires missiles, their exhaust ignites the fuel, producing a massive explosion which cripples the starship. The Dorado proceeds toward Scaptar, but Duncan and other crewmen begin to doubt Voss.

Meanwhile, repair teams work on the hull and on the bridge of the Enterprise. Spock begins receiving telepathic messages from Horek, who relays his crew's fears. Knowing the mutineers aren't united, Kirk changes tactics. As soon as long-range sensors and monitors are repaired, they locate the Dorado. The patrol ship is appearing to parley with Scaptar, which has sent a delegate up to them in a small spacecraft. When the delegate exits his ship in a spacesuit to travel over to Dorado's airlock, Kirk senses something mechanical. Kirk signals the Dorado, warning them that the delegate is a robot. Voss' crew panics, and Duncan closes the airlock door on the delegate. It is cut in half, revealing a robot which leaks a deadly green gas. The crew suggests surrendering to Kirk, since the Klingons are known to be merciless. But Voss strikes Duncan, fires at the Klingon's spacecraft, and orders the Dorado to Necros, a planet within the Klingon Empire.

While telepathically linked with Spock, Horek confronts Voss with a logical argument against proceeding to Necros. Voss responds by hitting Horek with the butt of a phaser, knocking him out. That is fortuitous, as Spock is capable of telepathically manipulating Horek's unconscious body. Kirk agrees to give Spock an hour. During that time, Spock directs Horek to the ship's nerve center, where he manipulates and reroutes circuitry. The Dorado raises shields as it approaches Necros, repelling a missile strike from the planet. Voss intends to return fire as a show of strength, but as weapons are targeted, a false image generated by Horek on the viewer shows that the Dorado is turning around. Voss assumes the helm controls are malfunctioning and orders the ship to turn back, which actually makes the Dorado retreat toward the Enterprise. Spock programs Dorado's shields to drop when they come into range, and Kirk plans to fire a gas shell through the hull to knock out the crew, ending the mutiny. 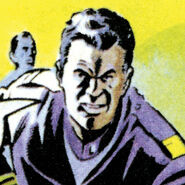 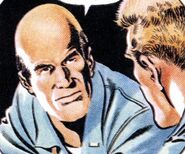 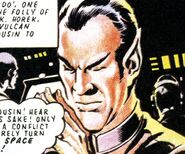 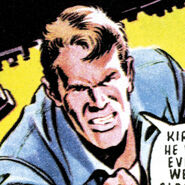 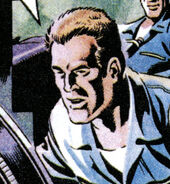 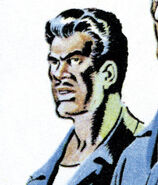 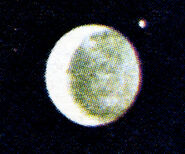 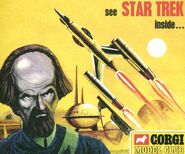